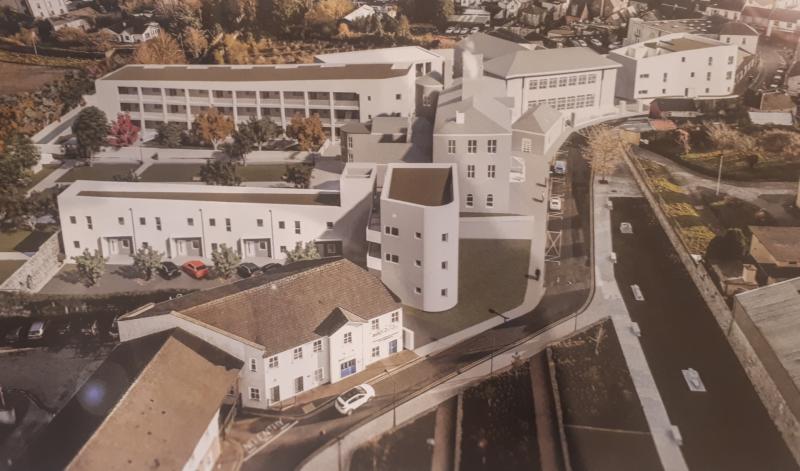 The ambitious plan to convert a derelict Portlaoise convent and an empty school into social housing will exceed the initial €10.06 million budget.

Work on the 3.3 acre site is hoped to begin in a year’s time, and the architects say it will be largely finished by 2023, all going well.
Plans were shown to the public on Thursday evening January 9 in Portlaoise library.

There to explain it were representatives from Sophia Housing, architects O’Brien Finucane and Laois County Council's planning office. 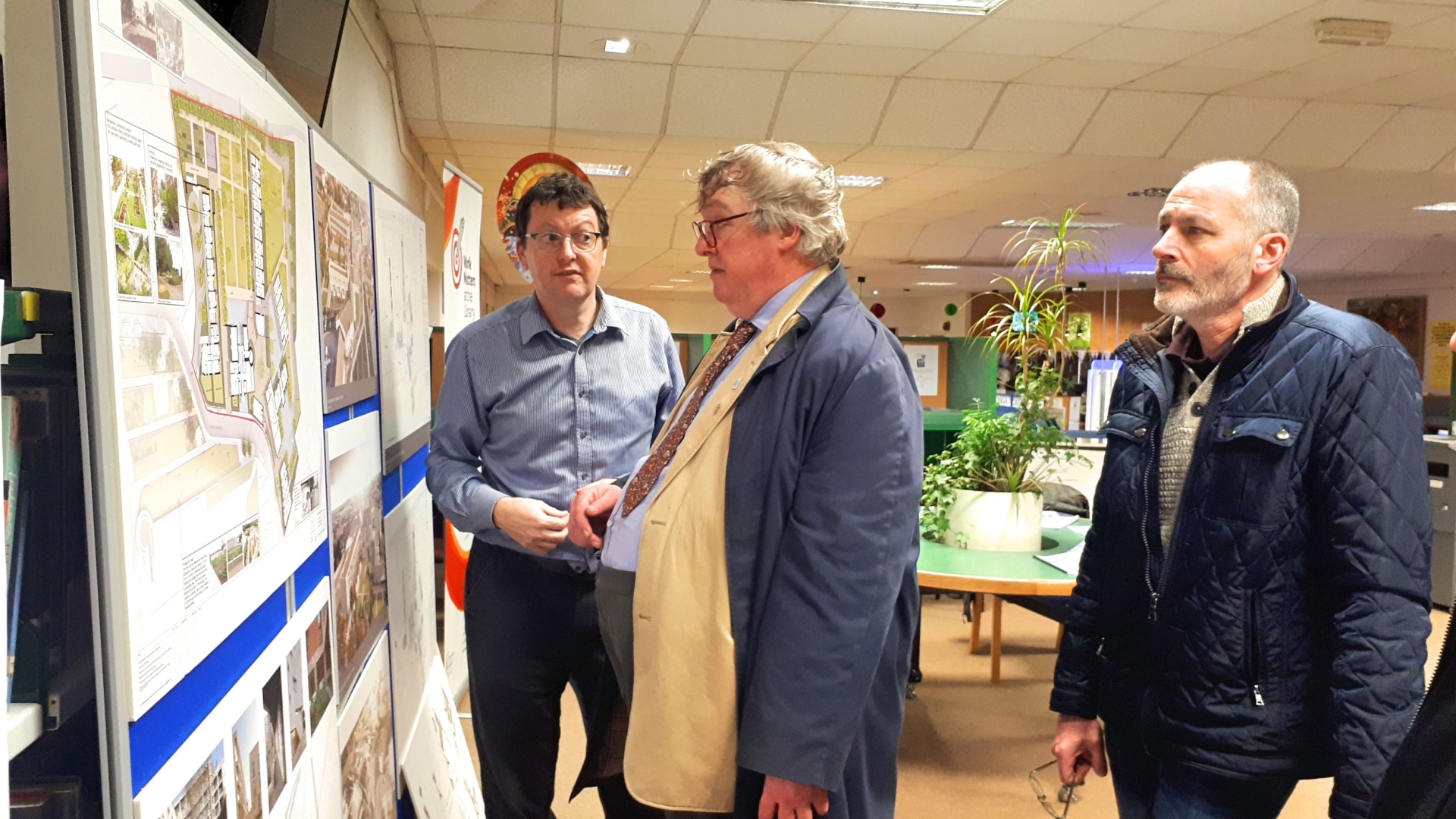 Architect Ciaran O’Brien has confirmed that the cost will be higher than the €10.06 million already approved by the Department of Housing.
“When that €10 million was assigned it was for a lower number of units. We are preparing a Stage Two submission, a financial submission, to be received by the Department in the next month and ideally they will approve the revised cost. I wouldn’t expect it to be twice that or even to reach €15 million,” he told the Leinster Express.

The project will produce 48 apartments and four houses all with one or two bedrooms, for people on Laois County Council’s housing list.
It includes several community spaces and a new public parkland bordering the Triogue River, a plaza and vegetable allotments, on the site of the former Presentation Convent and old Sacred Heart School off Church Avenue.

The first work on site is hoped to start in a year. It will be to examine in detail what lies there and make it safe enough to build on.
The convent was built on a 16th century building and includes an historic tower. The building suffered vandalism and arson over the last 20 years that it was empty.

“Because of damage to the historic structure we will start with an Enabling Works contract with additional investigations and clearing away and making the site safe,” Mr O’Brien said.
“It is about a two year build, subject to funding. I’d like to think if all goes well that in three years time it will be nearly finished,” he said.

He reported a positive response from people coming to view the plans.
“There is a lot of support and interest, and an appreciation that these formerly private lands will become public, with access to the gardens and the river. It really aligns with the 2040 plans for Portlaoise as a low carbon town,” he said.

There is very little carparking - 26 spaces- as it is envisaged that tenants will not need cars.
“It is right in the middle of the town. You don’t need two parking spaces for every unit. People can walk anywhere from it. Portlaoise has suffered at the hands of cars,” the architect said.

Sophia Housing’s head of development Geoff Corcoran said the public response was positive.
“It is broadly positive, people are glad to see a development that respects what’s there, keeping a listed building and yet providing badly needed houses,” he said.

He said they are designed with elderly people in mind.
“I would love to see people downsizing to come and live in the town centre, thus freeing up larger housing for families. People are also happy to see that a management office will be on site,” he said.

Mr O’Brien said that the rest of the site not bought by them will now have added value to developers.
“It will give value to the land at the back of the site and enable private development,” he said.

Sophia Housing Association Ltd and Co-operative Housing Ireland are developing the site.
The tenants will be chosen by Laois County Council. The Part 8 plan only needs the approval of councillors. Public submissions accepted until January 30.

Three new apartment blocks and the conversion of the derelict convent and two empty school buildings are planned on the Church Avenue site in Portlaoise.
The convent is to be restored to offer nine apartments of one and two bedrooms as well as community spaces.
The Ha'Penny Babies school building will be purely for community spaces.
The main two storey Sacred Heart School will have four single bedroom apartments but over half of it is for community spaces.
Prefabs will be all demolished, as will the convent wall.
The new blocks will be two and three stories tall, with four two bedroom houses also to be built.
There will be allotment gardens, a public parkland and plaza and a pedestrian walk to the Triogue river. There will be 26 parking spaces and bike shelters. 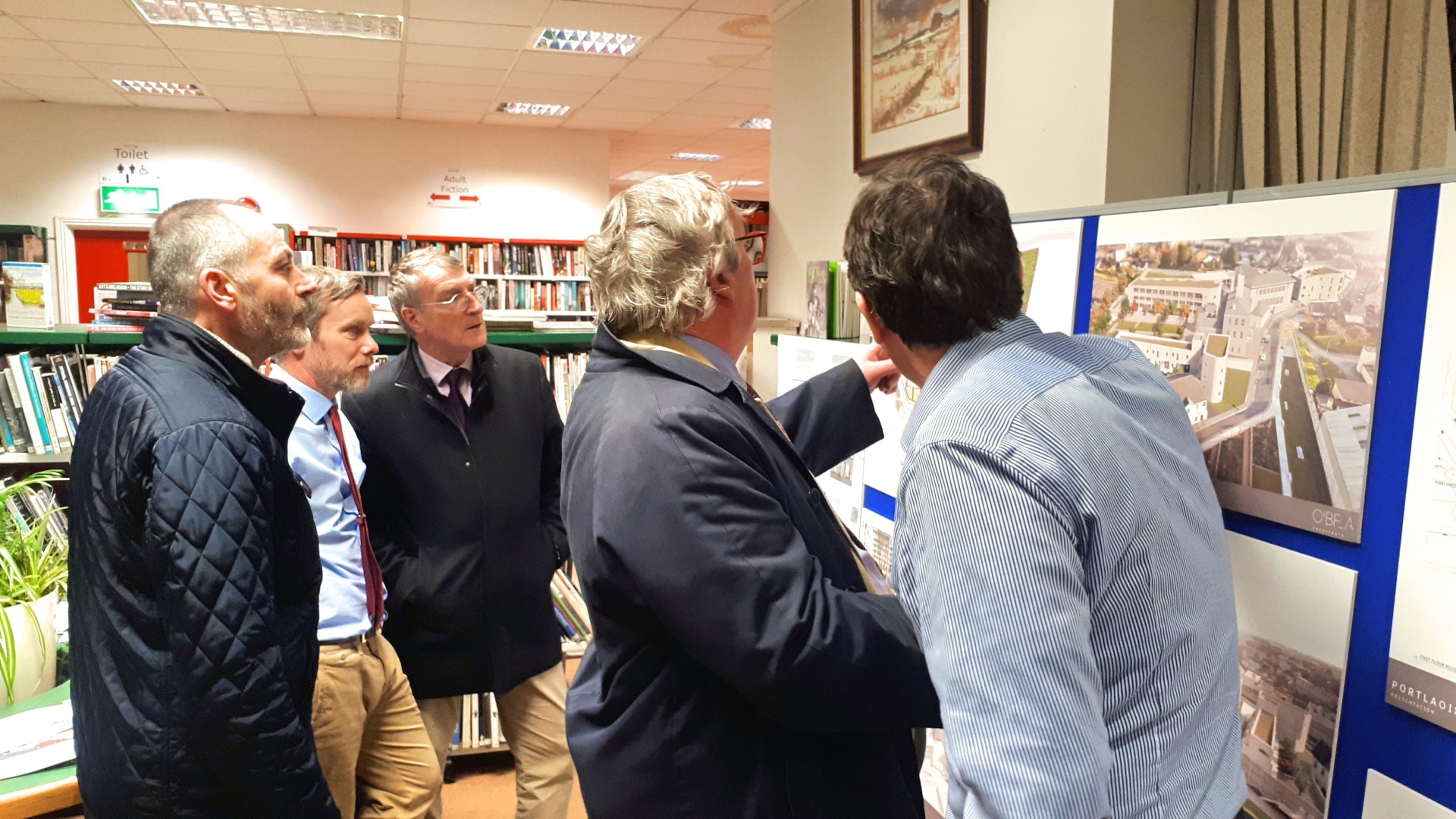 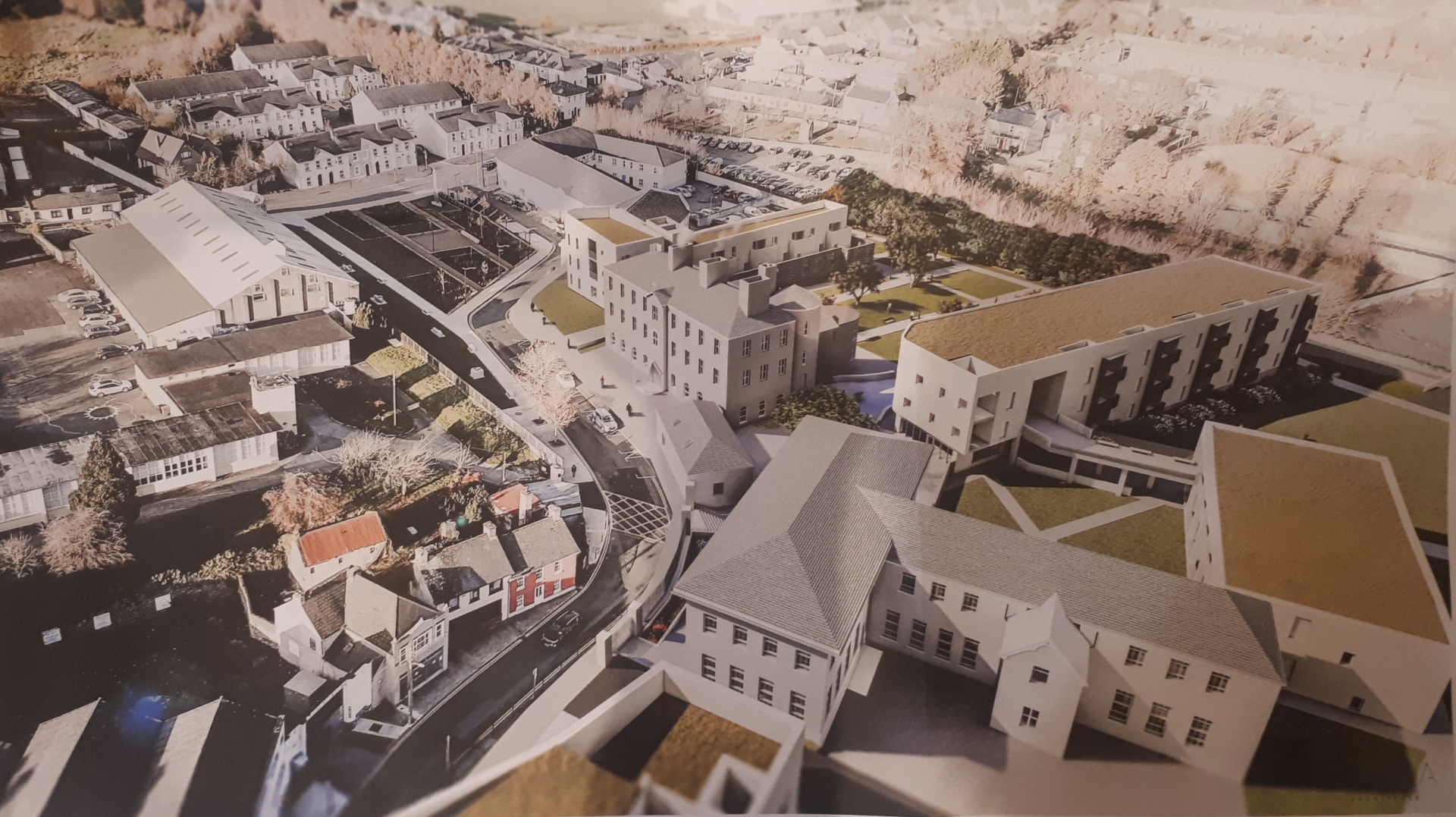