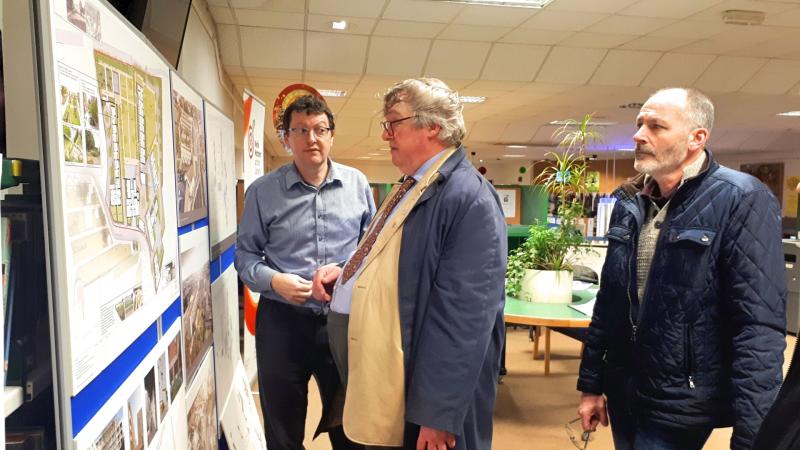 There was a “steady flow” reported of people coming to Portlaoise Library on Thursday January 9 to inspect the ambitious development plans for the vacant convent and school in the town centre.

Portlaoise trader and chairman of the Tidy Towns group Gerry Browne was impressed with the plans.
“I love it. I think it’s brilliant for that part of the town. It is really high spec. This site has been looking sad for a long time. If this comes to fruition people will be queuing up to live in it.
“The fact that there is a new public area as well, it is a definite boost to this end of the town. Fitzmaurice Place is beautiful since it was redone,” he said.

“With 52 homes that could be an extra 200 people living in the town, it’s the way to go. They will want to buy coffee, tea, biscuits, clothes, it will raise all boats,” he said.

He recalled a time when many more people had lived in Portlaoise town centre.
“There was a time on Main Street that every single shop had families living over them, including ours. That’s completely gone,” Mr Browne said.

He is hopeful that the plan will not be met with objections.
“I think we are ready for it now. I’d be very surprised if it doesn’t proceed,” Gerry Browne said.

He believes that other local traders will benefit from the increase in residents.
“I’d say that the traders will be very much in favour of bringing footfall back to the town centre. Once the schools went it took that out,” he said.

Vincent Booth who is secretary of Portlaoise Tidy Towns also viewed the plans.
“It’s fantastic. It will bring new life to the town. I’d love to see the round tower kept open though for the public as a historic destination, and not to be used as apartments. We don’t have a lot of historic sites in Portlaoise,” he said.

The nearest neighbour to the development is Denis Walsh whose house faces the school.
He had mixed views.
“I like the idea of developing this land actually. I do have concerns about the height of one of the new apartment blocks.
“I don’t like it aesthetically, it’s not particularly charming. But on the whole I rather like the idea. It gets rid of an eyesore,” he said.

Mr Walsh said he intends to make a submission to Laois County Council.
“I don’t particularly object, it’s a great thing to help people who might not be able to help themselves,” he said.

The Presentation Sisters who are responsible for their order’s properties in the province were at the information day. Sr Mary McDermott and Sr Francis Crowe (pictured below) are hopeful to see the project built.

A similar project by them and Sophia Housing failed to get off the ground back in 2004 when it was objected to.
“After a long wait, it is just marvellous to see the possibilities of bringing life to this side of the town again. The design is just fantastic,” said Sr Mary.

The order gave their input during the design process she said.
“There is an amount of common areas there as well for community use. The schools are gone now and we are very pleased with what has been proposed,” she said.

Sr Francis is happy that the houses and apartments will be for council tenants.
“I am delighted that it will help needy people in Portlaoise as our schools always did. People need housing. I am delighted too that the garden is being preserved,” she said.

The remaining lands including basketball courts and the parish parochial house, are still for sale jointly by the Presentation order and Portlaoise Parish, facing Ridge Road. 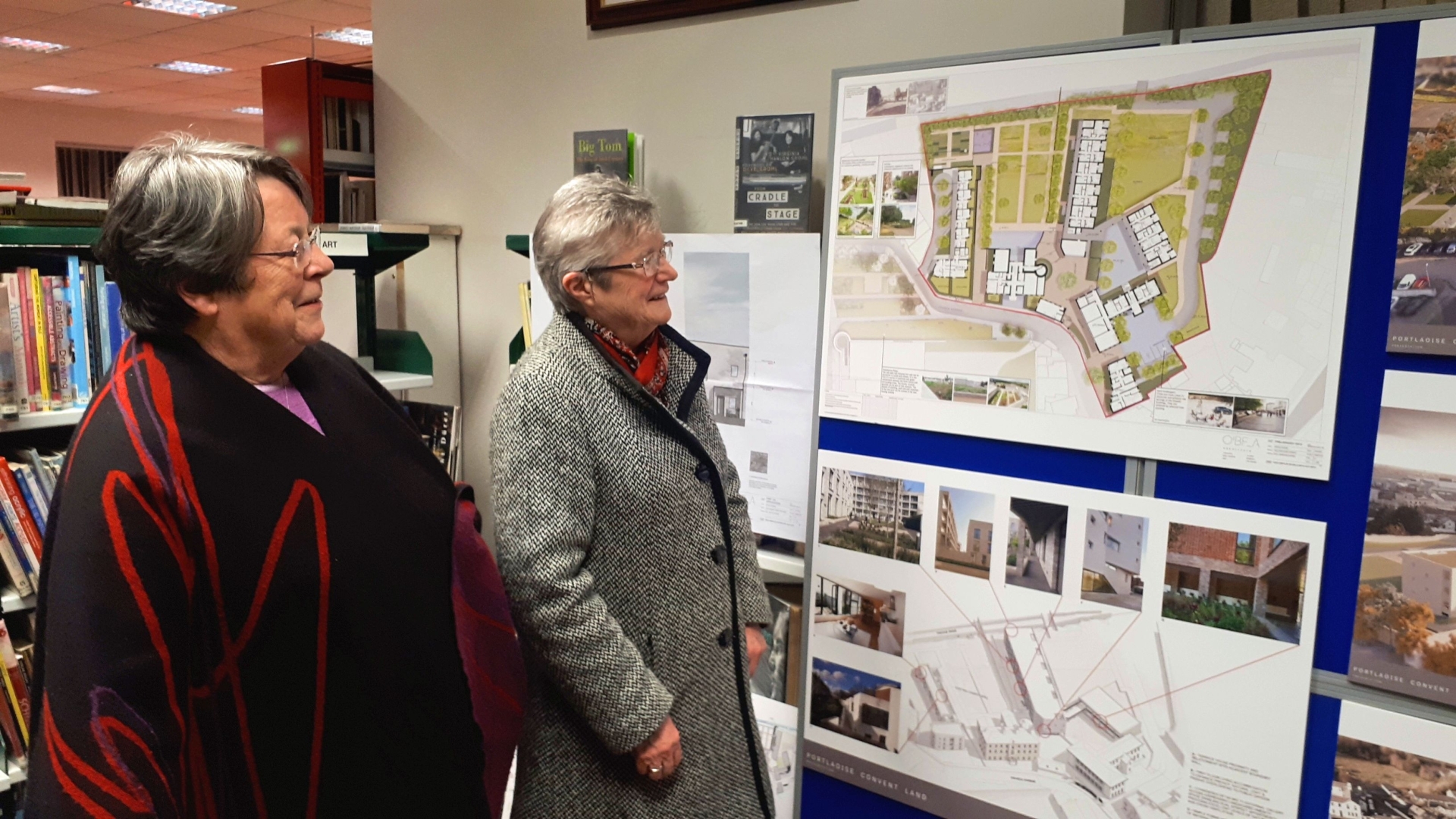