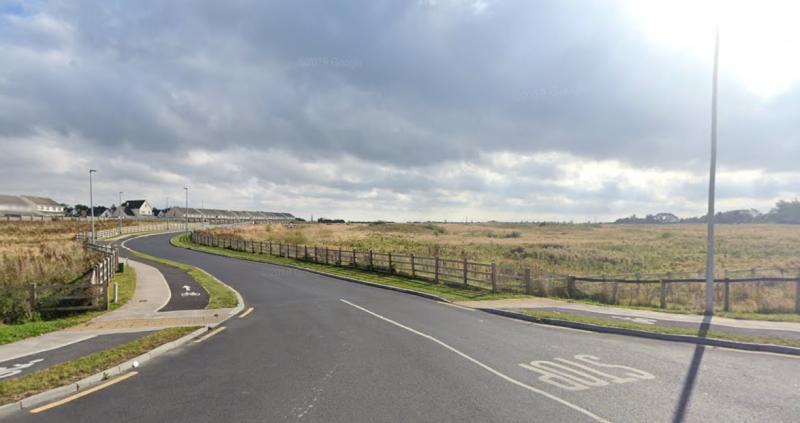 Site of the new development

A major housing development that will include more than 200 new homes in housing and apartments alongside a nursing home is in the pipeline for the rapidly growing Laois town of Graiguecullen on the Carlow border.

Salzagold Limited has applied for permission to build the new homes on a prime site off the Northern Relief Road in the town.

The applicants says the development will consist of the construction of a mixed use development including housing, nursing home and creche on a site of 9.1 hectare (22.4 acre) site. The lands are bounded to the north by Fruithill Manor and the Castlecomer Road, to the east by Tommy Murphy Park and Springhill Court.

The site was the subject of two Celtic Tiger era much bigger applications. Laois County Council granted permission in 2006 for 467 houses on the site. The latest plan is much more modest.

The new developers want to build 214 residential units in total. These will consist of 190 houses and 24 apartments.

The application says the 24 apartments with associated balconies are located across eight thee storey blocks.

Cars and other vehicles will access the housing from the existing entrance off the Relief Road, cycle and pedestrian access to the Castlecomer Road to the north is also planned.

Other elements in the application include a sewage pumping station, landscaping, open spaces, children's play areas, boundary treatments and public lighting; upsizing the hydro-brake and adding a flow control device to existing surface water management infrastructure to the west of the Carlow Northern Relief Road Extension.

Pre-planning meetings have taken place with planners and an extensive a planning application was lodged with Laois County Council on December 17. The council has given a provisional date for decision of February 1, 2022. The public can make submissions on the application by December 29.