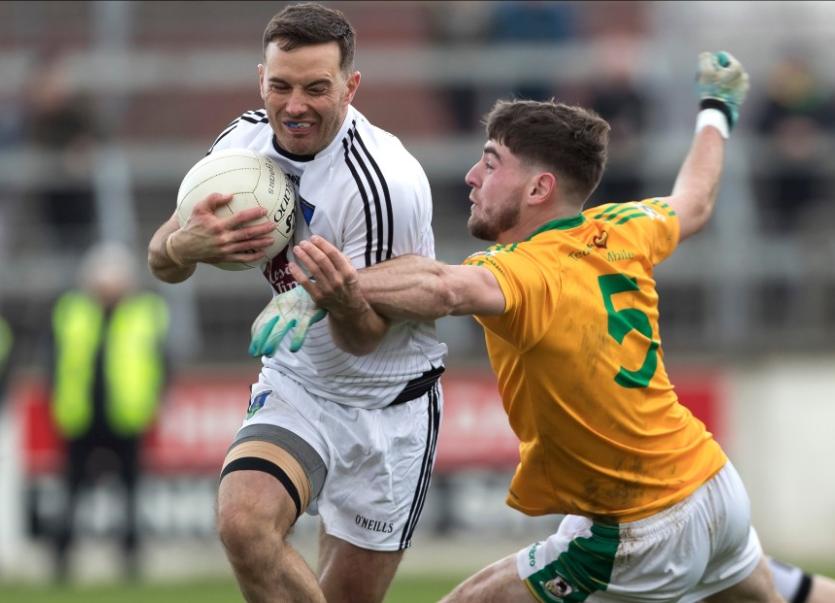 In the 2020 Laois Senior Football Championship, Courtwood were on the receiving end of a humiliating defeat to neighbours O’Dempsey’s in the first round, where they conceded 7-11 on the day. They were missing several key players that day though, and with those returning bodies back in the line-up for this league opener against the same side, they overturned that result to impressively pick up the points on offer in Killenard.

Niall Dunne, who suffered a cruciate injury in an U-20 final a few years ago, was one of those key players back for them and he started things off in the Old Pound with a point from play.

O’Dempsey’s had the better off it in the opening period though, as they rallied off 1-3 without reply to take a healthy lead. Matthew Finlay slotted over a free, before the same man pointed from play moments later after a nice ball in from county player Mark Barry.

Barry Howlin then grabbed the first goal of the game, as he made room for himself by shrugging off the Courtwood challenges and blasted one in off the post, giving Matthew Byron no chance.

Niall Dunne had a chance for Courtwood down the opposite end, but he forced his effort a bit too quickly despite having more time to steady himself, and Padraig Bannon saved well in the O’Dempsey’s net.

Matthew Finlay found the target again with a nice point, before Courtwood got back into the contest. Niall Donoher, who was a joy to watch at centre-forward, sent over a splendid score with the outside of his boot, and then Alan Kinsella cut in with his weaker right to edge one over the crossbar as well.

Matthew Finlay again raised a white flag for O’Dempsey’s, but Courtwood knocked over four points on the trot to level proceedings. The points came from Luke Doyle, Niall Dunne and two from Alan Kinsella.

Eoin Finlay replied for O’Dempsey’s, but Courtwood went in front thanks to Robert Tyrell and Kinsella (mark) efforts. Sam Molloy scored the last point of the half to leave it level, 1-6 to 0-9 at half-time.

The second half was not as end to end, as Courtwood grabbed two goals after the break, both from the brilliant Niall Dunne. The second goal particularly was a fine team move involving Niall Donoher, Cian Doyle, and Alan Kinsella, before Dunne palmed home.

O’Dempsey’s struggled to find a way through a stubborn Courtwood defence, and it finished 1-9 to 2-11 in favour of the visitors.