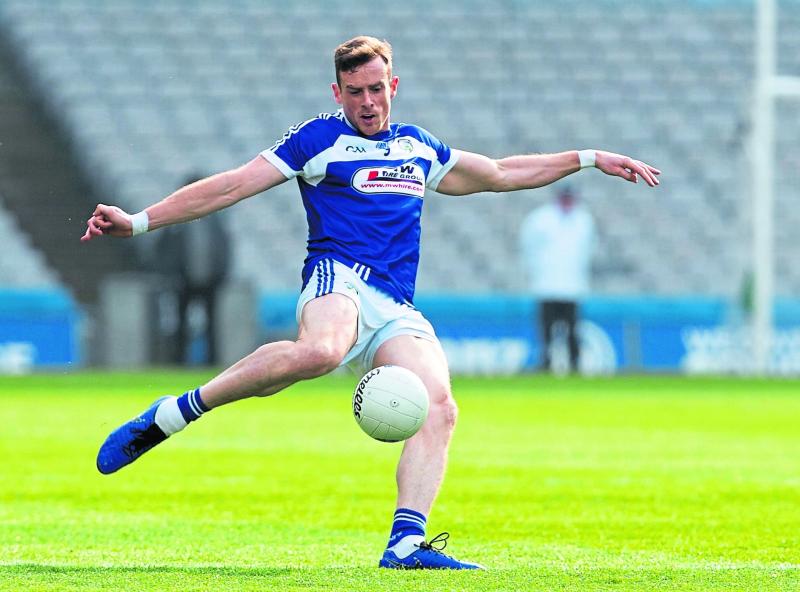 Eight months after both sides played a competitive game, both Portlaoise and Portarlington got back down to business on Sunday morning as they opened their 2021 All County league account.

Played in McCann Park in Port, it was the Portlaoise men, bolstered by their County contingent that got the job done in convincing fashion running out 13 point winners.

It was a disappointing defeat for Portarlington, who with a 2020 semi final to come in the next couple of months, won't be best pleased with such a morale deflating defeat.

Portlaoise were full value for it and having been knocked out of last year's championship by Emo, they have got back on the horse and on Sunday's evidence, will still be one of the favourites for the 2021 championship later in the year.

Despite Jake Foster opening the scoring for Portarlington in the second minute, they would go the next 16 minutes without a score during which time Portlaoise more or less put the game to bed.

Paul Cahillane got their first green flag on six minutes and they had another before the first half water break with Benny Carroll sending an unstoppable bullet to the back of the net. Ronan McEvoy and Cahillane added further points and they were cruising after 15 minutes.

Kieran Lillis got the first of his two goals soon after the water break and while Port did come back into it with a few scores before half time, the jig was up at that stage.

Portlaoise led 4-7 to 0-5 at half time but both sides were reduced to 14 men before the half ended with Padraig Coffey earning himself a straight red after an altercation with Ricky Maher while Maher picked up a second yellow card for his part in the incident.

Portarlington did come more into the game in the second half but whether that was down to their upping the game or Portlaoise easing off is debatable. Two points from Ronan Coffey and Sean Byrne were matched by Ronan McEvoy and Benny Carroll ensuring the 14 gap was still in place at the second water break.

Lillis made it a 15 point game soon after but Portarlington battled back with a brace of Colm Murphy points.

But the last of the action fell to Cahillane who split the posts with a free from close to the right sideline.