James Duggan was once again in goal scoring form 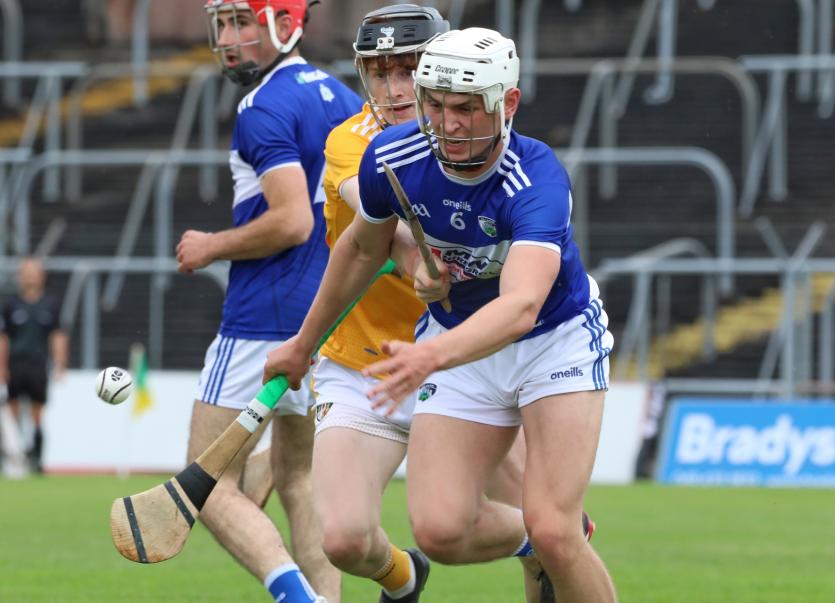 Laois had little trouble accounting for Antrim in the second round of the Leinster U20 hurling championship on Tuesday night as they breezed into the quarter final and a clash with either Offaly or Kilkenny next Tuesday night.

The game was won by half time as they impressive Laois men led 4-12 to 0-4 at the break with the man of the moment James Duggan helping himself to two more goals following on from his hat-trick against Westmeath the week previous.

Despite some errors on both sides, Laois stamped their authority on the game early on. Tadhg Cuddy opened the scoring from a free and while the opening 10 minutes only saw two points scored from each side, the last seven minutes before the water break saw Laois steal a march.

James Duggan got in for his fourth goal in two games on 13 minutes after he reacted quickest to Thep Fitzpatrick's long range effort coming back off the post. Duggan was on hand to whip to the net to carry on from his hat-trick against Westmeath last week.

Gearoid Lynch added a point with the next attack before Laois fired in their second goal. Thep Fitzpatrick fired in a long ball, the Antrim keeper failed to deal with it and corner back Conor Henry ended up putting the ball into his own net.

Laois led 2-5 to 0-3 at the water break and they pretty much put the game to bed on 21 minutes when Gearoid Lynch powered through the middle of the defence and crashed a low shot to to net.

The scores continued to flow for Laois with Tadhg Cuddy firing over from play and from frees before James Duggan got his second goal of the game after he beat his man on the edge of the square and let a rasper fly to the roof of the net to make it 4-8 to 0-4 on 26 minutes.

Duggan added the next two points as well and was giving the Antrim full back a torrid time. Padraig Brennan sent over a long range effort and with the last puck of the half, a Tadhg Cuddy free brought the half time score to 4-12 to 0-4.

Laois picked up where they left off and had three more points on the board in the opening four minutes of the second half. Cuddy nailed two frees while Tomas Keyes stroked over a super score from out on the sideline. He landed another, this time from the opposite sideline and Laois were in total control at 4-16 to 0-5 after 43 minutes.

It was shooting practice at this stage with substitute Eddie Critchley added two fine scores and wing back Niall Coss also helping himself to a score from distance as Laois led 4-22 to 0-7 with a little under 10 minutes to go.

Laois are represented on each line of the field 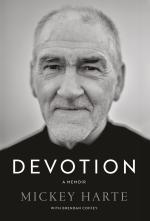