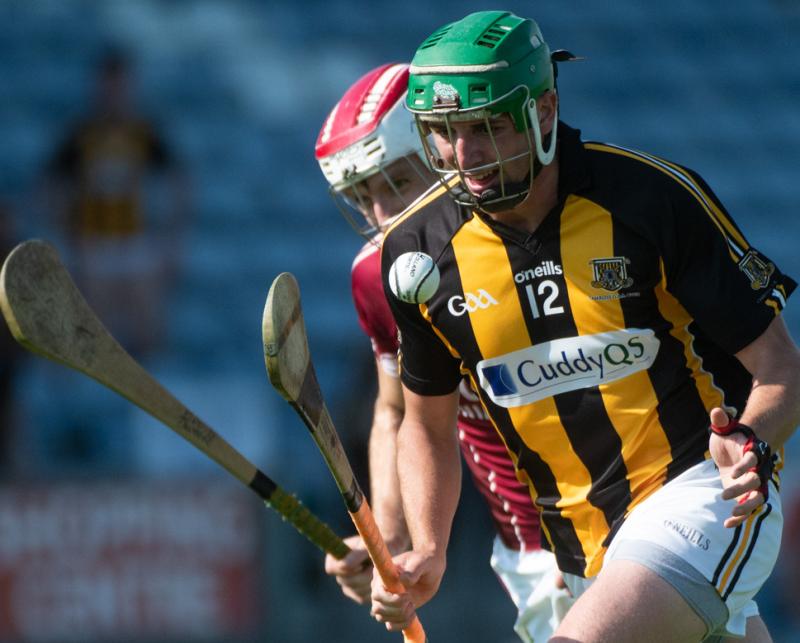 Camross look like they are motoring well this year, as they have put in three strong performances in the league so far which means they will advance towards an upcoming league semi-final. They were in control for most of this game against Rosenallis, who kept it respectable, but the result was never really in doubt.

Daniel Delaney swung over a 65’ for Camross to begin proceedings, before Rosenallis, the home side, responded through Paddy Keating (free) and Jack Claffey to ahead.

Camross found their groove then though, with centre-forward Mark Dowling launching a fine effort over the bar despite being under plenty of pressure. Daniel Delaney delivered again from a placed ball situation to put Camross back in front, and David Mortimer landed another delightful point to double their advantage.

Rosenallus full-forward Brian Fitzpatrick responded for them before Oisin Bennett blasted a shot over the bar for Camross despite the goal being on. Rosenallis capitalised on this lack of ruthlessness down the opposite end, as they struck for the first goal of the game. The ball in skidded on the wet surface and managed to go all the way through to Paddy Keating, who made no mistake with the finish.

Midfielder Eoin Gaughan curled over a score for Camross just before the water break, with things level so far. However, Camross exploded after the stoppage in play concluded, and would go in with a very healthy half-time advantage.

David Mortimer raised a green flag straight after the water break for the away team. The ball fortunately deflected into his path and Mortimer took one look at the target before burying it past Pearce Kelly in the Camross net. Further points from Daniel Delaney (free) and Andrew Mortimer had Camross in control again.

Paddy Keating attempted to settle Rosenallis down with a point from a free, but Camross kept coming at them. Daniel Delaney (free), David Mortimer, Oisin Bennett and Darren Gilmartin raised more white flags for them, and they led 1-12 to 1-4 at half-time.

Mark Dowling and Paddy Keating (free) exchanged efforts after the interval, before Camross landed another three points without reply to really pull away from their opponents. Darren Gilmartin, Daniel Delaney (free) and David Mortimer were the scorers, as the Camross forward line were impressively accurate in front of the posts on a rainy and slippery day for hurling.

Rosenallis responded with substitute Joe Keating and Brian Fitzpatrick firing over a point apiece for them, but Camross kept their foot on the pedal. Darren Gilmartin knocked over two more points for himself, one a free and one from play, while substitute Darren Drennan also got on the scoresheet.

Drennan would provide real energy off the bench and added to his tally after the second water break finished up. He pointed a delightful score before grabbing Camross’ second goal, as he reacted first to a long ball in to sneak it home at the near post.

Rosenallis finished well with Paddy Keating pointing twice in between one from Laois footballer John O’Loughlin, but Eoin Gaughan and Darren Gilmartin (free) scores meant Camross prevailed by fifteen in the end.