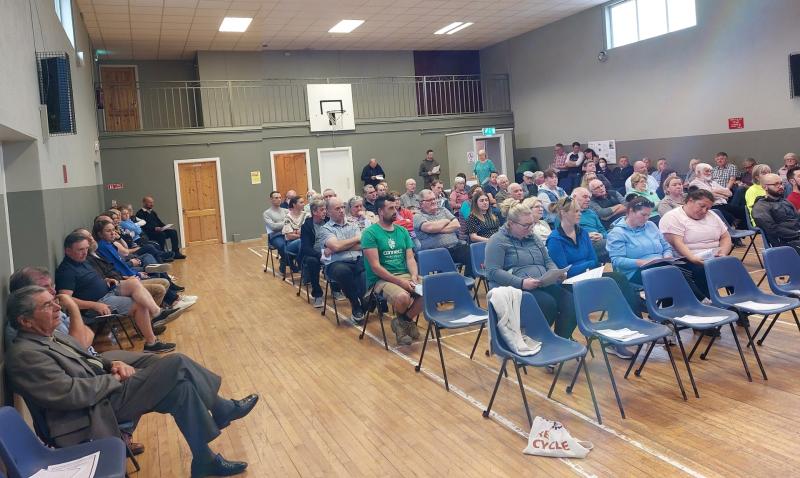 Ballyroan residents at a meeting on the village's future on June 21. Photo: Lynda Kiernan

A growing Laois village near Portlaoise is grasping the future and hoping to win valuable community development grants.

Over 100 villagers in Ballyroan gathered at the community hall on Tuesday, June 21 to discuss positives, negatives and future possibilities for their area.

The residents, many of them recently moved to the village, are being invited to share their ideas, and volunteer their help, with printed leaflets and a special email address.

The meeting was organised by Ballyroan Community Development Association, and chair Mary Whelan urges every household to get involved in Ballyroan's future. 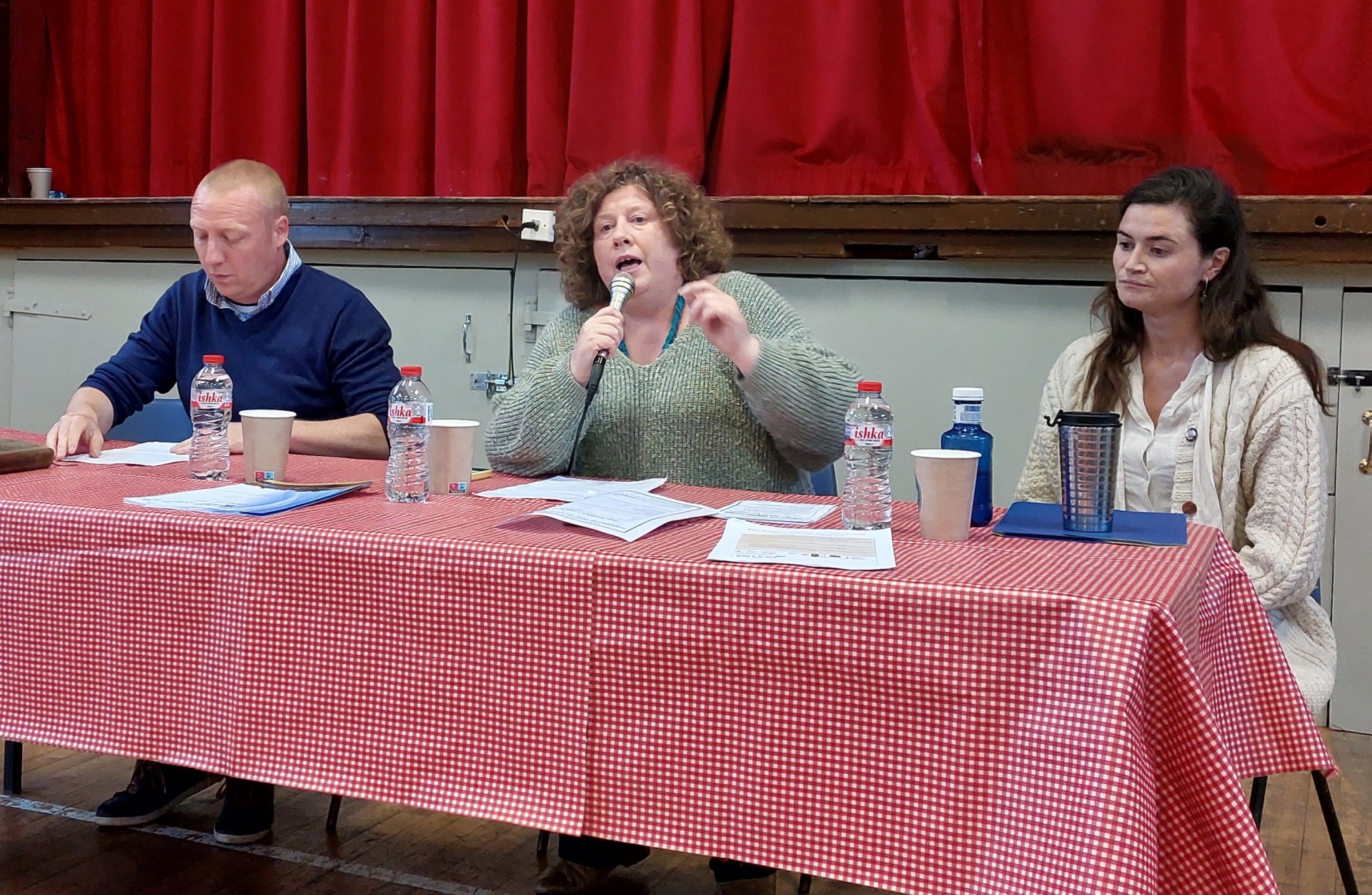 "We know there is community funding to be had, it would be a waste not to avail of it. We know we have a community that's growing. We want feedback so that we make informed decisions. We have 750 people in this village according to the 2016 census, and another 750 outside it, that has very significantly increased since 2011 and when the new census comes I assume it will have grown again with more houses here and more on the way," she said.

Cllr Barry Walsh was co-presenting the meeting and said that developing the school and the village requires community support.

"I thank the development association, they meet every week and Mary does trojan work. This initiative is very exciting but it will only be successful if we get big buy in from the community. If it's left to a small group it's not going to work. Now is a chance for new people in the village to get involved, or set up new groups, perhaps heritage or youth.  We are open to anyone helping out," he said.

Ballyroan's old castle and a moat and an old mill were identified by him as possibilities for promotion to heritage visitors. He said that the new footpath planned from the village out to the GAA pitch will offer a safe exercise route.

"I hope we can get a committee in the coming weeks, have an AGM and move on," he said.

Then it was the turn of the audience to give their views.

One person asked about a playground for Ballyroan, which Cllr Walsh said will be supported by Laois County Council, but a site for it is needed.

Others raised concerns about footpath damage, and dangerous parking at the village crossroads impeding driver vision. Cllr Walsh said these issues has been raised by him to the council.

Members of Ballyroan Basketball Club requested a gym and hoops for the village.

Others said that there is nowhere for retired people to meet, or for teenagers.

Many residents also raised concerns about the environmental impact of a biogas plant that operates in the village.

A representative from Laois Leader, Jenny Collier, gave a detailed presentation also on what grants are available to Laois community groups. These range up to €150,000, with a quarter of that to be matched by community fundraising.

Most councillors from the Portlaoise Municipal District attended the meeting in support of developments.

Retired Ballyroan councillor Mary Sweeney was warmly clapped for her years of work for the area, and she urged Ballyroan people to step up.

"The village is on the cusp of great transition. We have experienced fantastic growth. There is a lot of funding out there. We need as many people as possible to help so I encourage you to sign up," she said.

The villagers are asked to send their views and ideas to ballyroan.community@gmail.com by the first week of July.