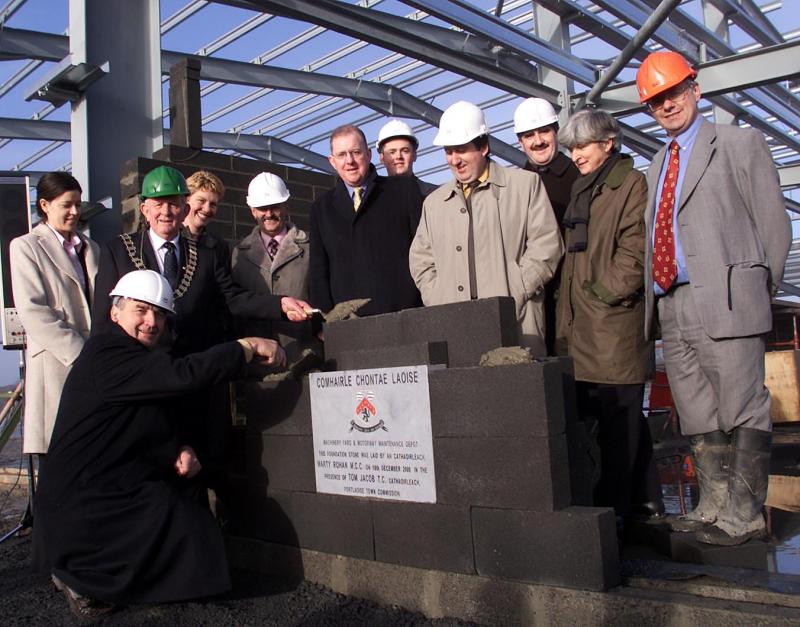 Laois councillors spoke warmly in memory of the late Marty Rohan at their July meeting, with the meeting suspended for 15 minutes as a mark of respect.

Mr Rohan from Ballinakill died on July 30 aged in his 80's having served as a Fianna Fáil councillor over a thirty year span during a lifetime of community activity.

“Marty was not just a colleague but a good loyal friend to Seamus and myself. He was a kind hardworking man who gave to his community all his life,” Cllr Catherine Fitzgerald said.

Cllr John Joe Fennelly noted Mr Rohan’s dedication to his work and the people of Ballinakill, a friend to Abbeyleix hospital and a trojan fundraiser. He offered sympathies to his sister Lily and extended family.

“He worked for all the people, no distinction, whoever wanted help, Marty helped them,” he said.

Fine Gael Cllr John King said that he had “battled on all occasions with no fear” for Portlaoise hospital, and had also served on the committee for Alvernia House for people with disabilities, and worked as a clerk in Ballinakill Mart.

Marty Rohan was also a great singer, noted Cllr James Kelly, adding that he had been on Studio 15 local radio just days before his death.

“A great community man, he will be remembered for Shaen hospital as well, he played a part in securing its future. In the mart if you got a bargain he’d give you a wink,” he said.

Cllr Noel Tuohy said they had “served time together in Portlaoise prison”.

“I was working and he was on the visiting committee. A more decent man you wouldn’t meet. I wish his family peace,” he said.

“A decent, very courteous man who had a great way about him. He will be sorely missed by our staff,” he said.