Travel Tales: 'This is what it must be like for tourists when raving about Irish hospitality' 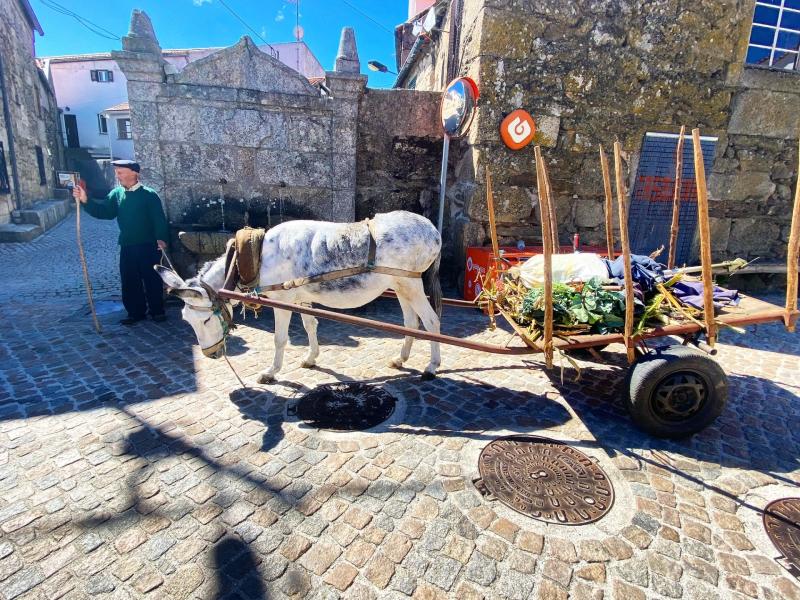 ‘This is the perfect holiday for lovers of the outdoors with spectacular walking trails. But for me it was the welcoming nature of the people that made the trip so special,’ writes Fergal

My favourite time of the day is sunset when you go from the fading orange light of dusk to the promise of the night.

Sunsets are especially majestic in the mountains when the peaks glow as the sun descends behind them and a calmness falls over the valley below as the sky slowly turns from purple to black and the stars come out to shine.

I experienced some of the most awe inspiring sunsets I have ever seen when I visited the mountain region in the centre of Portugal last September for my final episode of the Travel Tales with Fergal Podcast Season 3 - which is out this week.

I was staying at the wonderfully situated Casas da Lapa Hotel in the village of Lapa Dos Dinheiros in the middle of the Serra Da Estrela mountain region which is about three hours of a drive from Lisbon. 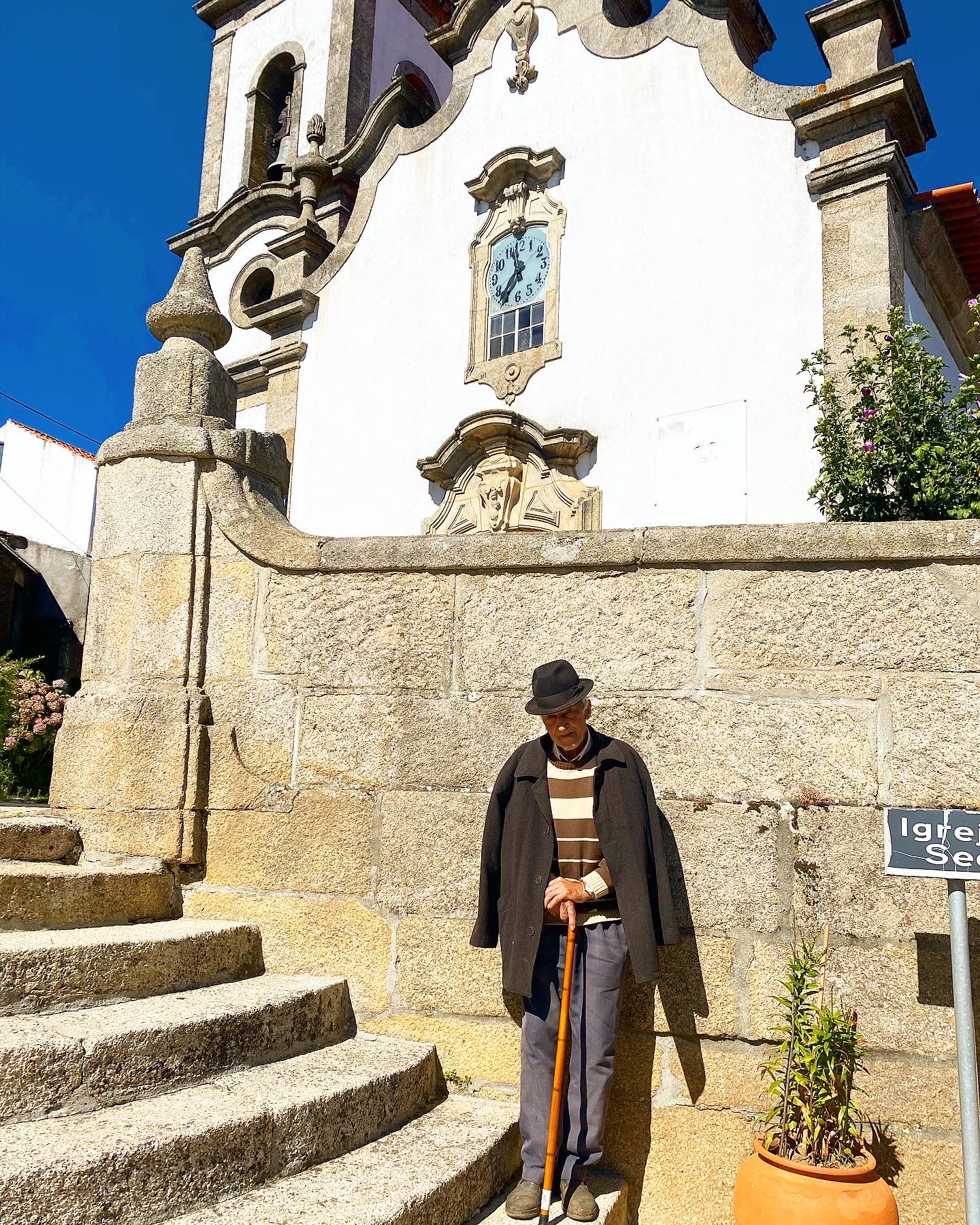 The hotel sits on the edge of this pretty town hugging a mountain top and overlooking a beautiful valley below and surrounded by mountains.

The sun would turn into a perfectly round fiery orange ball as it perched on the mountains on the other side of the valley and my bedroom would glow orange in its reflection.

It was worth the trip just for the sunsets every night.

The other thing that really shone through for me on this trip to the centre of Portugal was the natural friendliness of the inhabitants of this stunning mountainous region perfectly situated between Lisbon and Porto.

This region is the coming area as a tourist attraction for both Portuguese and foreign tourists.

The Portuguese rediscovered this area a bit like how the Irish rediscovered our own country during the pandemic.

The Government is investing in these areas because it has seen the huge potential for tourism as tourists look for outdoor, less crowded and eco-friendly locations post-pandemic.

But with companies relaxing their remote working practices for staff, they have also seen the potential for people to move to the mountain villages and away from the expensive cities like Lisbon.

This association received over 20 million from the Government to develop remote working sites in the mountain villages.

They are converting old and unused schools and it is leading to the repopulation and regeneration of the remote villages.

I met many people who were now able to return from the cities to live in the country and their pride and passion for their homes is what made this now vibrant area so special for the visitor.

Everywhere I went people wanted to tell me about their town and their stories.

The landscape of this region continuously changes from the Atlantic surf beaches on the coast all the way up to the Serra da Estrela mountain range which contains Portugal’s highest peaks.

The area contains over 40 mountain villages all with their own unique personalities, four natural parks and five UNESCO World Heritage sites.

I had always wanted to return to this area after I had a holiday at the beach resort town of Foz Do Arelho a few years ago.

I had visited the mountain town of Sintra with its ornate royal palaces and the atmospheric medieval town of Obidos which has a festival all summer that turns the whole town back into a medieval world where everyone, including visitors, dress up.

The place that gave me the itch to come back though was Tomar which holds the old Portuguese headquarters of the Templar knights.

Tomar has a medieval feel to it and the Templar history adds intrigue.

What these four very different towns show is that this region has great variety for the visitor to experience.

The region has over 40 villages and every one seems to have its own unique personality, history and stories which makes this a great holiday for the inquisitive traveller.

A great way to visit the area would be to fly into Lisbon and out of Porto.

A great first place to stay would be the area’s capital Coimbra which is a charming historic town surrounded by medieval walls and prestigious historic buildings including the University of Coimbra, which is one of the most prestigious universities in the world and a landmark of knowledge and cultural identity.

The old university library is said to be one of the first in Europe.

My base in the Serra Da Estrala was the town of Lapa Dos Dinheiros and this village makes a great base to visit the many nearby mountain villages and also the natural parks and trails.

I was able to walk from my hotel into the mountains that were covered in forests of pine and chestnut.

On my first day I came across a river beach which I discovered most villages have nearby for summer swimming.

These areas are usually small rivers dammed to make a pool and have beach amenities like huts and sand. I’d imagine they are full of activity during the summer.

The most scenic river beach I visited was outside the village of Lurigo where it was possible to do a walk to the top of the mountains called the route of the airplane to the site of an old World War 2 RAF plane crash site and then walk back to the valley for a refreshing swim to cool off with the mountain range all around and the village just below you making it one of the most scenic swims I have ever had.

I would recommend checking for festivals if visiting this area because every village has their own festivals and this is the best way to see the villages celebrate their cultures.

For example in spring they have festivities celebrating the shepherds going back up the mountains to graze for the summer.

It is possible to make that journey up with the shepherds now.

In the autumn they have a chestnut festival where the whole village makes chestnut soup and this area is becoming a tourist attraction at Christmas as the snowy towns are covered in homemade Christmas lanterns for December.

This is the perfect holiday for lovers of the outdoors with spectacular walking trails.

But for me it was the welcoming nature of the people that made the trip so special.

It made me think this is what it must be like for tourists when raving about Irish hospitality.

My favourite village was Videmonte where I could smell the rye bread being made from the communal village bakery as I strolled through ancient narrow lanes.

I got talking to an old lady of 95 who invited us to have lunch in her house and we discovered her son was a famous Michelin starred chef on Portuguese TV.

There are endless regions to discover in the centre of Portugal. Away from the crowds, this is the perfect place to unplug and to find the centre of what really matters.

To listen to all three seasons of the Travel Tales with Fergal Podcast check out www.traveltaleswithfergal.ie

For more information on the centre of Portugal check https://www.centerofportugal.com.