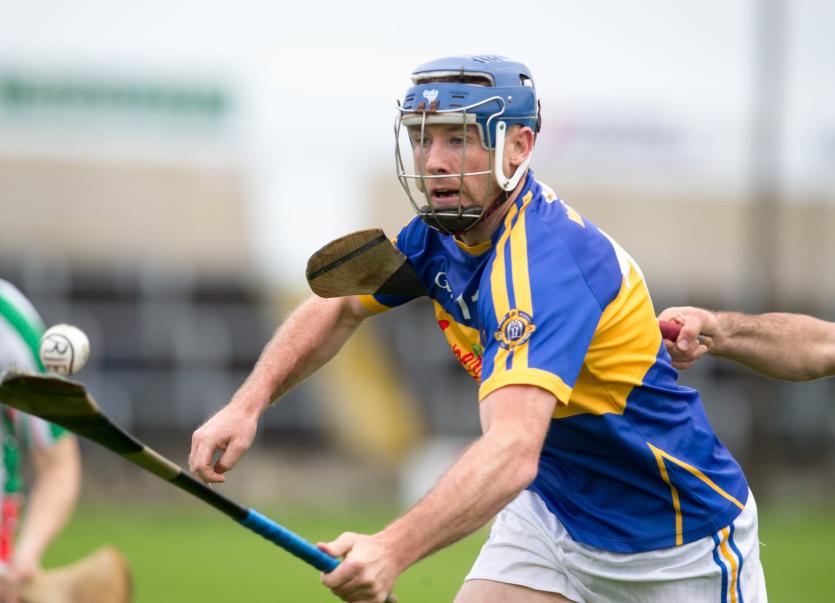 Both Clough-Ballacolla and The Harps have 2020 County finals to play this Summer and they met in the opening round of the Senior hurling league last Sunday evening in Durrow.

With both minus the services of their County players, it was Clough-Ballacolla who had more in reserve as Jordan Walshe came to the fore knocking over eight points.

Walshe was dead eyes from play and placed balls and while the teams were even for the opening 20 minutes or so, a well taken goal by Sean Corby towards the end of the half put some daylight between the sides as Clough-Ballacolla went in leading 1-9 to 0-8 at half time.

Evin Deegan also hit eight points for The Harps and his brace early in the second half helped narrow the arrears.

However, 10 minutes into the second half, the 2020 senior county finalists struck their second goal through John O'Dwyer to pull clear of their hosts.

Deegan and Walshe traded a brace of scores each and coming down the stretch in the final 10 minutes, the game was still there to be won by either side.

Clough-Ballacolla upped the ante at this stage with Walshe and Brian Corby adding further scores to extend their lead.

The Harps used their bench in a bid to find some rescuing scores but they couldn't pull back the lead that the visitors had built up.

All in all, it was a good work out for both teams and a much needed first competitive game of the year under their belts.

While The Harps faded in the closing 10 minutes, getting games at this level and tempo will only help them in their quest for the 2020 Premier Intermediate Championship where they take on Portlaoise in August.

READ ALSO: Castletown get the better of Rosenallis