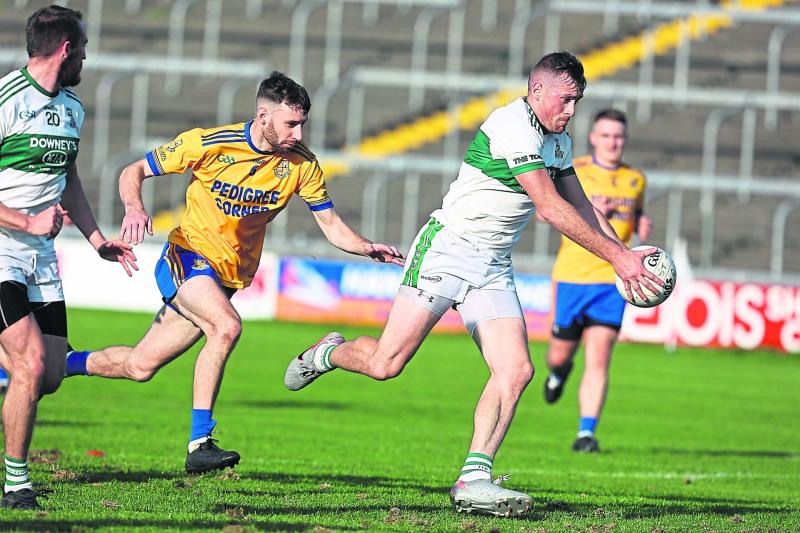 The second round of the Laois senior football championship is down for decision this week with games running from Thursday to Sunday.

There will be four second round games involving the teams that won their opening round and another four from the qualifier section made up of teams that were defeated in round one.

The losers of the qualifier games will be paired in relegation semi finals.

The game of the round. Courtwood defied the long odds to account for Portlaoise in the opening round and they face an even bigger task this Sunday when they take on current champions, Portarlington.

Portarlington got the job done against Ballyfin the last day but they were not firing on all cylinders. Courtwood will love the underdogs tag again and will give Portarlington their fill of it.

Port should improve but if they don't, they could be vulnerable.

Another tasty affair in the making. Both had strong wins in the opening round and will be aiming to move out of the chasing pack and emerge as serious contenders.

James Kelly was outstanding for St Joseph's in their win over Clonaslee while Diarmuid Whelan bossed the game for Ballyroan from midfield when they took out Killeshin in round one.

O'Dempsey's took the wind out of Emo's sails in round one with Mark Barry to the fore and look to have put their poor league form behind them. They are a well balanced outfit under the guidance of Eoin Kearns and will no doubt be keen to push on through the more direct championship route.

Rosenallis are no longer the new boys of senior football and their win over Ballylinan showed that they can mix it at this level. Backboned by the Fennell's and John O'Loughlin, they will need to raise the bar again on Sunday while a lot of their players will be coming into the game having suffered a massive 29 point defeat in the hurling championship last weekend.

The final game of the weekendis reserved for the meeting of Graigucullen and Stradbally. Graigue deserved their win over The Heath in round one but will know there is plenty of room for improvement. It was important that they bounced back from their 2020 County final defeat with a win in round one. Mark Timmons kicked three points from centre back and is still a massive player for them.

Stradbally scored well in their win over Arles-Killeen with Darragh Carolan top scoring with 2-4 from play.. The youngster is a massive addition for them and could make the difference.

The action kicks off on Thursday night with Clonaslee and Ballylinan in last chance saloon. Gary Walsh was absent for Ballylinan's loss to Rosenallis but will surely come back into the fold which will be a game changer for them.

Clonaslee found the going tough against St Joseph's in their opener but have plenty of talent all over the field to pull off a win. Laois goalkeeper Niall Corbet is in their ranks and while Ballylinan are favourites, it's only marginal.

This is another interesting game that you wouldn't be shocked if either won it. Portlaoise will be hugely frustrated with their performance against Courtwood and you would expect that they will have a kick in them.

Ballyfin on the other hand gave Portarlington their fill of it in the opening round and will be buoyed from their display.

Sean Moore was outstanding that day for Ballyfin while Portlaoise will look to their veteran attacker Paul Cahillane to make hay on Friday night.

Portlaoise will go in as favourites but like so many of the games, only just.

A massive local derby is in store on Saturday evening with both sides coming up disappointing displays. Ballyroan were too strong for Killeshin while Arles-Killeen shipped a heavy beating from Stradbally.

The Kingston brothers will have to really fire for Arles-Killeen while Killeshin will be looking to Eoin and Evan Lowry to power them over the line.

Emo should be chomping at the bit for this one. Losing to O'Dempsey's in round one would have hurt, especially considering the only played the 2020 County semi final a month earlier.

How they respond to that set back will be key but with leaders like Darren Strong and Paul Lawlor in their ranks, they have a strong base.

The Heath fought back well against Graiguecullen in the opening round but their first half showing had them always chasing the game. If they can get more of their second half showing into their 60 minute performance, they have a right good chance.

HAVE YOUR SAY LAOIS!!! The GAA want your help and input to shape its future