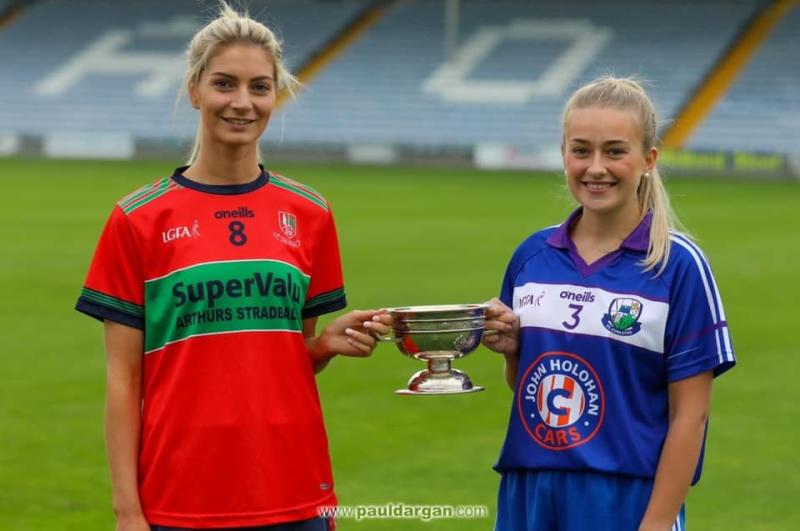 St Conleth’s have been a coming team for a while in Laois Ladies football, but it looks like this year they might have finally arrived. Noel Whelehan’s charges enjoyed a comfortable 4-12 to 1-7 victory at the weekend over a Timahoe side missing Mo Nerney through injury.

This result came after they surprised Sarsfields in the last round and defeating them by a goal. St Conleth’s came roaring out of the gate here as well, marching into a 2-4 to 0-1 lead during the first quarter thanks to goals from sisters Alanna and Shifra Havill.

Another goal from Shifra Havill before half-time saw St Conleth’s go 3-8 to 0-3 in front, with their fourth and final goal coming from Sinead Cullen in the second half. Timahoe will no doubt be disappointed with the defeat, but in truth, their championship aspirations fell apart as soon as Mo Nerney picked up an injury in the opening round and she is likely out for the remainder of the championship.

While in the other Group A fixture, Sarsfields got their season back on track after an opening round loss to St Conleth’s. They had far too much for the recently promoted St Paul’s side, running out 4-22 to 2-6 victors.

Sarsfields were always going to win this one and led 0-6 to 0-1 at the end of the first water break, before turning it up a gear in the second quarter to leave St Paul’s in their wake. The Mountmellick based outfit led 2-13 to 0-3 at half-time.

Although St Paul’s showed improvement in their second half display, Sarsfields remained on top and ran out convincing twenty-two points victors. Sarsfields are now level on points with Timahoe in joint second place and face them next, while St Paul’s are rooted to the bottom of the table and are almost certainly destined for a relegation final.

In the other game in Group B at the weekend, St Brigid’s continued their unbeaten start to the season with a victory, this time over Shanahoe. St Brigid’s had previously pulled off a surprise draw against the reigning county champions, Portlaoise.

St Brigid’s were on top from the start of this one against Shanahoe and led by four points at half-time. A goal from Mary Griffin gave Shanahoe hope in the second half with a goal to get them back into the game, but St Brigid’s made sure that they would concede no more goals at the back as the Kieran Kelly and Mick Moore led team shored up their defence.

Anna Moore, Aisling Lacey, and Patrice Whelan all pointed in the second half to ensure St Brigid’s walked away with a 0-12 to 1-6 victory. Last year’s Intermediate champions, Shanahoe, will now need to defeat Portlaoise in their final group game to avoid a relegation decider back to the second tier ranks of Laois ladies’ football.