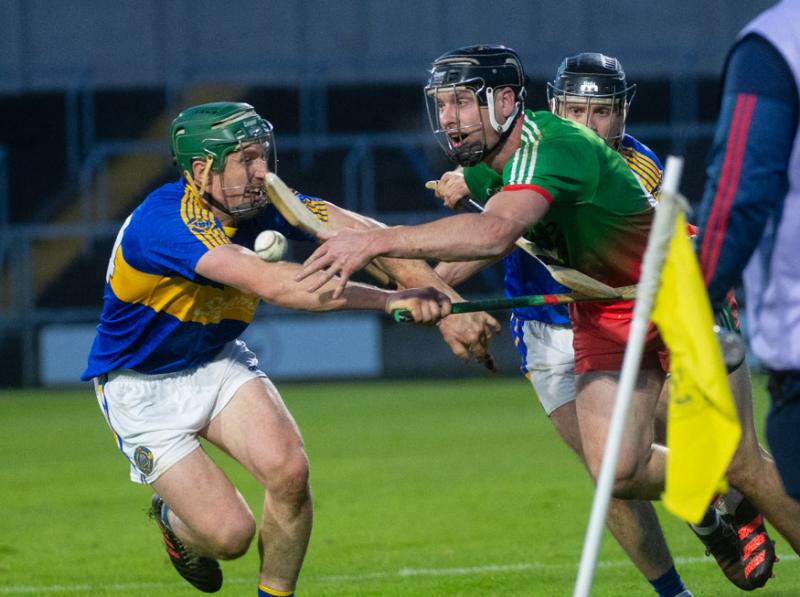 Going into the closing minutes of Sunday’s final, there were some very mixed emotions all around O’Moore Park. Clough-Ballacolla supporters prayed that their late surge would be enough, while their Borris-Kilcotton counterparts dreamt of finding a decisive late score from somewhere.

County board officials might have quietly hoped for a draw and another day out, but for one of the key men on the field of play, there was another very practical consideration to be added to the mix.

“My own stag is next weekend in Athlone, so I was fairly worried about a draw there!”, quipped Clough-Ballacolla full forward Willie Dunphy.

“I was just hoping to get on the ball and maybe win the free. We got two points and it gave us a bit of comfort but they came back at us again. It was touch and go there for the last few minutes.”

While neutral supporters and others might have said that foregoing a weekend in Athlone would be a small price to pay for another hour of thrilling hurling, Dunphy was quite happy to get the business done on the day, particularly given their slow start.

“Our backs were against the wall for a lot of it and we just got the momentum at the right time to get the victory.

“I don’t think it (the poor start) was down to what we were doing. I think it was down to what Borris/Kilcotton brought to it. We just couldn’t live with it for the first 15 minutes. I thought once we got to grips with it, we did a lot if hurling towards the end of the first half.

“That goal was a real sucker punch but at half time we weren’t panicking. We were in the situation two weeks ago where we were a man down so we knew not to panic. We knew the third quarter was going to be massive. I think we won it by four points. That proved massive by the end”.

Dunphy said there was no strategy or tactic that saw them come back into the game – just sheer will and focus.

“We just said we were going to hurl at the start of the second half and take our points and the goals might come. Luckily it did. I thought the half back line got to grips with it and were winning dirty ball. We were getting joy from it and I think Liam Cleere popped up with two massive points from the stand”.

With a fourth county senior medal secured, Dunphy was delighted that unlike their 2020 win, anyone who wanted to be part of it had the chance to be in Portlaoise to see the game.

“We are on the go since Christmas now at this stage, we had a county final to prepare for but we didn’t know when it would be. We celebrated it but we had a two or three week turnaround to the first game. If you told me last year that we would win two county finals in a year then I’d probably stand here and hang up the boots to be honest but I’ll have to rethink that now.

“The semi-final was the first time there were big crowds back in O’Moore Park. Even just driving into that game, the buzz around was unrealistic and it wasn’t normal for us. The crowd was unbelievable and it means so much to the supporters of Clough/Ballacolla”.

WATCH: Buff gets locked into jacks at Laois GAA HQ