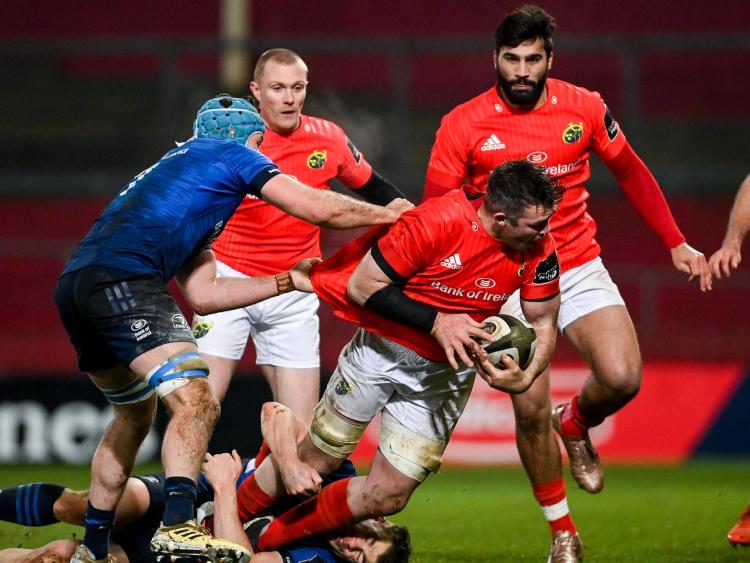 Munster had led 10-6 at half-time in this rescheduled fixture. The home side might well have enjoyed a bigger advantage, only for a dramatic 60 seconds just before the break.

Leading 10-3, JJ Hanrahan had a long range penalty attempt to push Munster two scores clear, only to see his attempt collide with the upright and back into play.

Leinster marched downfield with the match clock in the red and Sexton kicked his second penalty goal of the evening to leave just four points between the sides at the break.

Munster's first half try had come courtesy of Tadhg Beirne.