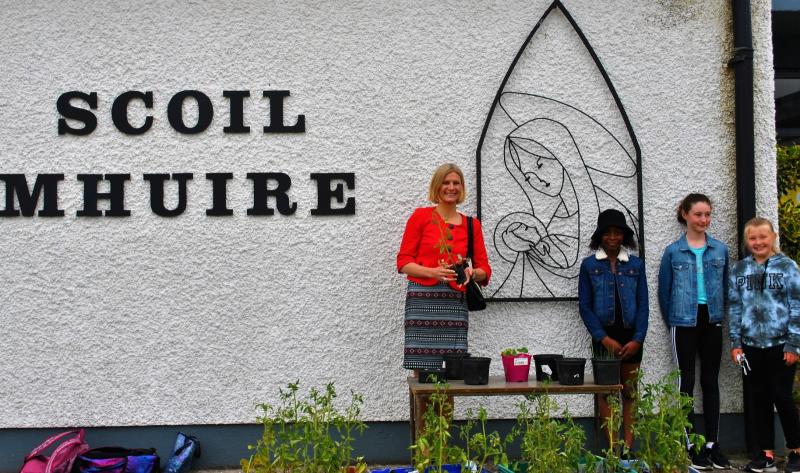 Children at a Laois primary school in poor condition are holding on rather than use the toilet because of the bad smell.

Two classrooms at the school have also been closed off by the principal, over health and safety fears.

A local politician has again visited the school which has been pleading in vain for a better building for several years.

The plight of Scoil Mhuire National School in Abbeyleix has again been highlighted by Senator Pippa Hackett.

She visited for the children's plant sale on Wednesday June 30, and has again called on the Department of Education to take immediate action to repair the school building.

“Pupils from third class told me they avoid using their bathroom because of the smell and they can't wait to move out of their classroom.

“Principal Aiden McEvoy took me through the school to show me the terrible physical state of the building.

“Conditions are truly dreadful and I now hear that the principal has taken the decision to close two mainstream classrooms on health and safety grounds.

“The school is breaking for the summer shortly and it’s imperative that something be done to improve this school before pupils return in late August.”

Senator Hackett said that she previously wrote to Education Minister Norma Foley about the situation but is now urgently reiterating her request that something be done.

“Despite this difficult past year and with all the problems in the school, the wonderful students and teachers at Scoil Mhuire have shown great resilience.

“To mark the end of term, the school were hosting a Summer Plants Sale where beautiful bedding and tomato plants, grown by the children during the year, were on offer.

Laois TD and Minister of State Sean Fleming has since confirmed the results of an investigation into the sewerage smell.

Last March the Minister for Education Norma Foley committed to either do a full retrofit of Scoil Mhuire, or build a new school, speaking on a virtual visit to the school. An audit was promised on the condition of the building.

Read that report below.