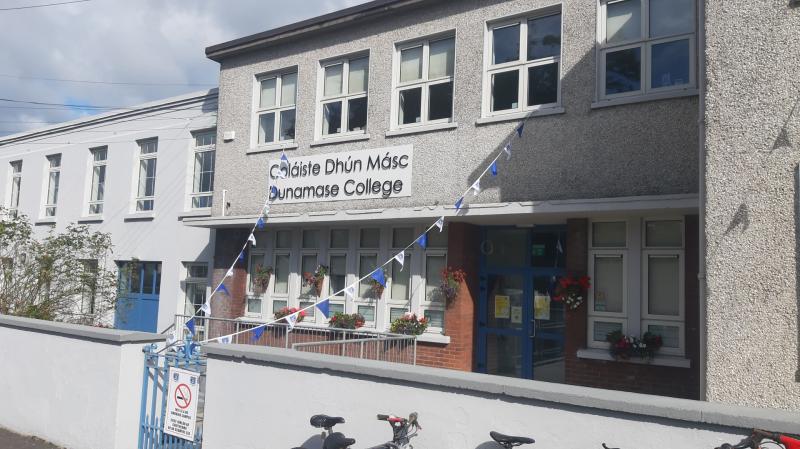 Before it is even built, there are traffic concerns being flagged for a proposed new 1,000 pupil secondary school in Portlaoise.

Dunamase College is a co-educational Irish English school founded in 2017 and temporarily based in two old school buildings in the town centre.

It is getting a brand new purpose built €30 million school on the Timahoe Road in Portlaoise, close to five other schools on the Portlaoise Southern Circular Route.

Cllr Willie Aird says he wants “the horse put before the cart” and avoid potential traffic snarls from school traffic.

“We ended up with a huge problem before on the Borris road. Now we are getting a whole new school with 1,000 pupils and roughly 280 staff. It comes out onto the old New Road, what we now call the Timahoe Road. It will have huge implications on traffic flow.

“The tradition with the Department of Education is to put a school in and we solve all the problems. I feel they have a responsibility to put in some money for traffic flow. We had no spare money for years because of installing Borris road infrastructure and there’s still problems.

“See if you can ask the Department to make a contribution. What’s going to happen on the New Road? I need to be able to tell the people who support me. You will be meeting with the Laois Offaly Education and Training Board, and we want input. Once planning is lodged, you’ll say you can’t discuss it because it will be a live planning application,” he said.

He tabled a motion to the November meeting of Portlaoise Municipal District, asking to meet the Director of Services for roads Simon Walton and roads engineering staff to discuss the proposed new road infrastructure for the school.

Mr Walton who is also Town Manager for Portlaoise, offered to meet Cllr Aird to discuss the proposals which are at the pre-planning stage.

“A design team has been appointed by the LOETB but no planning application is made yet.

“There are 21 acres owned by the Department, and four acres of that will be for set-down, parking and cycle parking. Access will be from the Portlaoise southern circular road,” he said.

Cllr Aird said that having a set-down only area will result in traffic parking out on the road at pick-up times, as happens on the Borris road at two 1,000 pupil secondary schools.

“You go there any morning and you see what happens now, with another 1,300 vehicles it needs to be right. You must have a plan in your head for what you want to see. That’s what I want to hear about,” he said.