Update on playground for Kilminchy and Dublin road children in Portlaoise 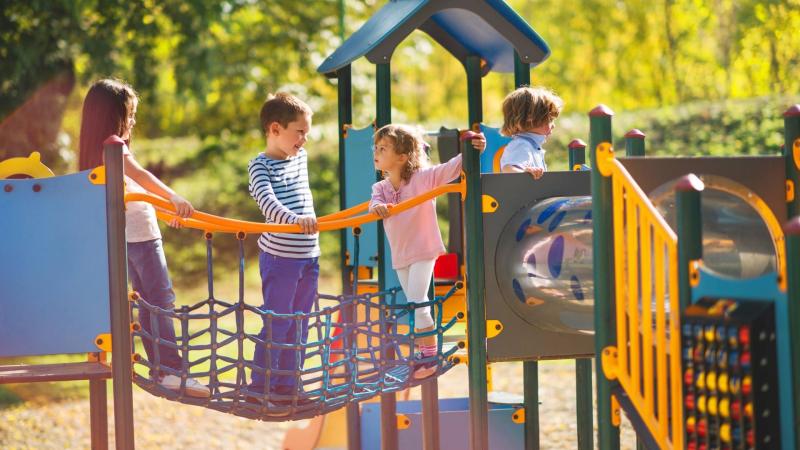 A playground in Portlaoise

An update has been given by Laois County Council on a plan to install a playground in what is the county's biggest housing estate.

Kilminchy estate in Portlaoise has near to 800 homes, with an estimated 1,200 children. Along with the entire Dublin road in the town, it has no playground.

Portlaoise's two public playgrounds are over three kilometres away from Kilminchy, at the People's Park and the leisure centre.

Cllr Thomasina Connell sought an update this week, in a motion to the Portlaoise Municipal District.

The council's Sports and Leisure officer Ann Marie Maher gave a reply that offered little hope of a playground in the near future.

"Kilminchy Residents Company had previously prepared a Green Infrastructure Plan and consulted with Laois County Council during the preparation, which included an outline for a natural children's play area.

"While assistance has been sought and provided to the Kilminchy Residents in relation to the hard court facilities, no further discussion has occurred in relation to a play facility.

"The Sport & Leisure Office is available to assist and support the local group to further this project," Ms Maher said.

Cllr Connell emphasised the need for a playground.

"Us as councillors and Laois County Council need to make a special effort. Thousands of people live there, and there is a huge population on the Dublin Road and we have no playgrounds.

"I really feel this plan needs to be progressed. Laois County Council needs to take an active role. Money was spent on this plan and a place allocated for the playground," she said.

"I always say it, if Kilminchy was a village or town it would be the fifth or sixth biggest in Laois. It is neglected to a degree," he said.