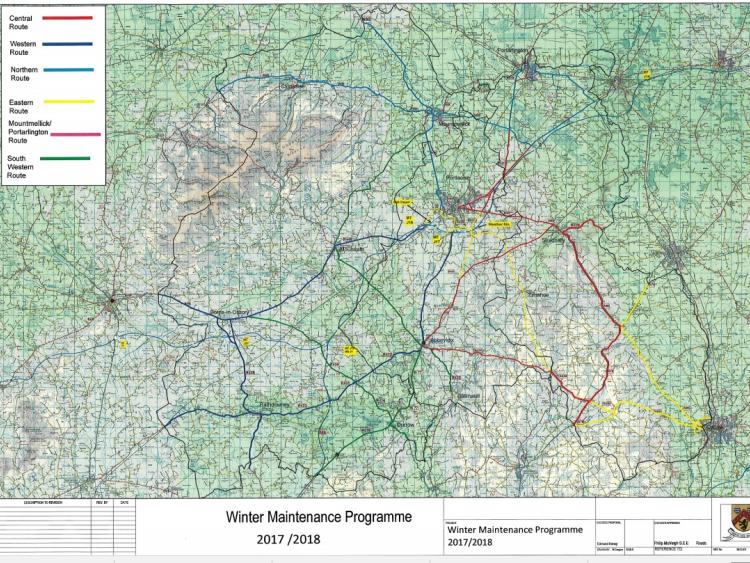 Only main routes totalling 426km, are treated with salting trucks between towns and villages, and another 42 km of roads are treated around urban routes in Portlaoise, Portarlington and Mountmellick.

Two crashes on Laois roads with traffic slow on many treacherous roads.

The council say that "given the resources available", they prioritise these routes, with some only treated during more severe wintry weather.

VIDEO: How to drive in snow and ice

Priority is also given to the 67km of the M7 and M8 motorways going through Laois.

That leaves some 1,800km of smaller roads untreated in Laois.

The council says it has salt available in depots and designated locations for community groups to collect and spread themselves in times of more severe frost and heavy snow.

Annually, over 1100 tones of salt are spread during the Winter salting programme on National and Regional Roads in Laois, between October 26 and April 30. 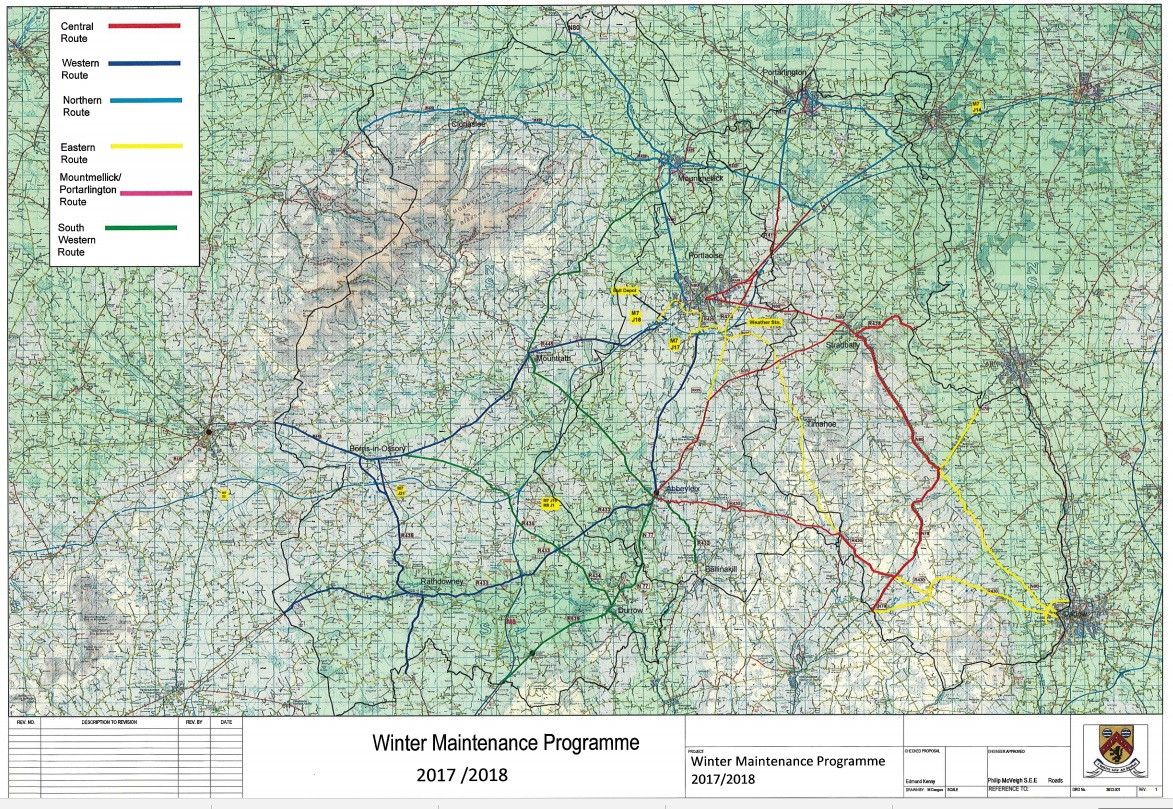