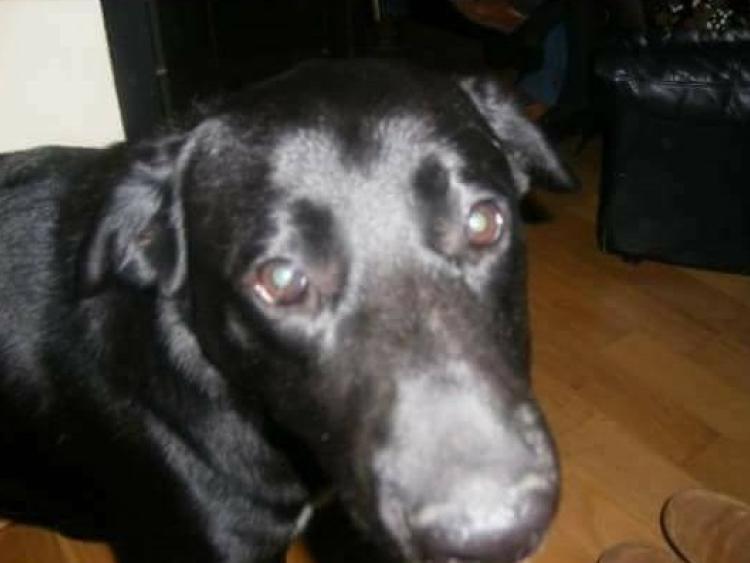 The owner of a dog that was tortured and killed in a brutal act of animal cruelty has said that they are in a state that is "beyond words".

The Kingston Family from Mountrath has been devastated since their pet Hutch was taken from them after he strayed out of their garden and was brutally killed.

The beloved pet Hutch was found on Sunday morning, January 29 nailed to a tree and wrapped in wire on the riverbank in Mountrath between the Quaker's graveyard and Rushin Road.

He suffered a horrendous death after his legs were broken as well as other injuries. The dog was a family pet, belonging to Elaine and John Kingston who have a young family.

Elaine told the Leinster Express about the horrific cruelty and the effect it has had on her family.

“It is completely horrible beyond words, none of us are eating or sleeping properly we are all so upset and sick.

“We are afraid in our house, there is no reason why they attacked and killed our dog, he was such a pet and he never left the back door.

“We had him 12 and a half years, his back legs were starting to go we were giving him Cod Liver Oil and everything. He had such a lovely life and then suffered this horrible death.

“We don’t know how they got him, he was a really strong, big dog. We don’t want to think about what they did to get him in such a state, we wouldn’t be able to lift him.

“There is no explanation for this whatsoever. Everybody is sick at the thought of it,” she said.

Elaine said that the fear, anger and confusion has spread throughout the community in Mountrath since the horrible attack.

She said that there was no reason for anyone to harm Hutch and now the rest of the community is living with the fear that the same thing could happen to their pets.

“There are people who live beside where he was killed who all own dogs and they are wondering if the same will happen to their dogs.

“Our neighbour’s dog went missing during the week and everybody was thinking oh God what if the same thing is happening again?

“Whoever did this, they do not deserve a minute’s peace.

“The vet said he had never seen such animal cruelty before. We are just hoping and hoping that the people who did this are convicted for their serious crime,” she said.

Elaine expressed her gratitude to all of the people who have supported the family.

“We are so thankful for all the messages, donations and support from people, it is the only thing making us feel better. Thank you so much to everyone who is as disgusted as we are,” she said.

Over €2,500 has been raised by people left horrified by the story of dog that was tortured and suffered a horrendous death in Mountrath.

An online crowdfunding campaign was set up and donations flooded in as the horrific suffering and torture of the Mountrath family dog 'Hutch' was shared to thousands of people all over the country online.

The money collected will be used as a reward for anyone who comes forward with information leading to the conviction of the perpetrator(s).

It is understood that gardai are investigating the incident as a serious case of animal cruelty.

The fund will be administered by the Trustees of the fund Isobella Kingston Hutch's family, Karla Mitchell from Cara Rescue Dogs and Brenda O’Grady Chairperson of Mountrath Development Association.

The decision of the Trustees in relation to the dispersion of the fund will be final. Full details of the amount of money donated and its distribution will be disclosed publicly.

Anyone with information can contact gardaí in Portlaoise or Abbeyleix.

Over 3,600 people have signed the petition so far.