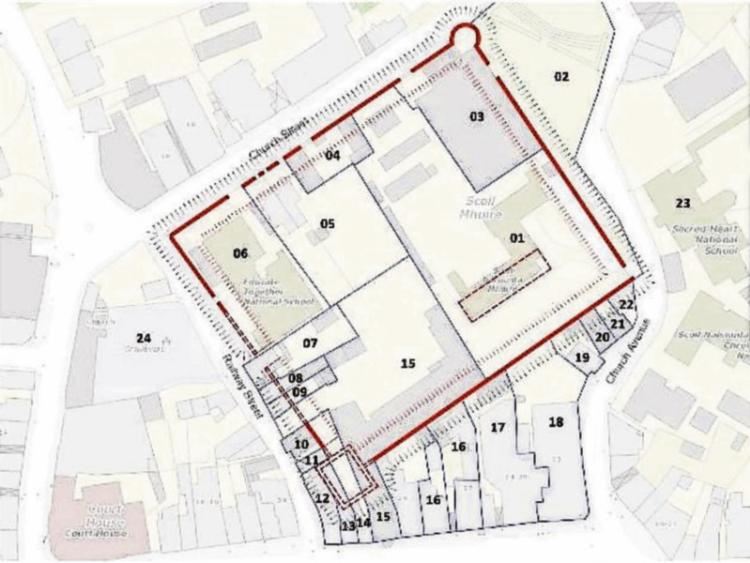 The historic fort, still largely intact, in the centre of Portlaoise

Portlaoise has been announced today as one of seven Irish towns to get funding for historic projects.

The town will get a share of a €1 million fund for 2018, under the Historic Towns Initiative, by the Department of Culture, Heritage and the Gaeltacht.

"We are absolutely thrilled, it’s a real testament to the hard work and commitment of so many people in the town over the past few years," she said.

While the amount granted to Portlaoise has not yet been announced, it will be spent on the historic centre of Portlaoise.

"The project is the conservation of the Fort walls around Fitzmaurice Place, to re-landscape Fitzmaurice Place itself and to improve the public realm (paving, undergrounding of services etc) along Church Avenue and Tower Hill. We also hope to provide public access to the Fort," she told the Leinster Express.

Phase 1 of the 2 year project will have to be complete by the end of this year. The aim of the Historic Towns Initiative is 'heritage led urban regeneration'.

"The core of Portlaoise is perfect for that, upgrading and caring for the heritage at the centre of the town can become a driver for the regeneration of that area," Ms Casey said.

"Our project was supported by local businesses and community groups, including the Old Fort Festival, Downtown Portlaoise, Portlaoise Tidy Towns and a range of others, showing how much enthusiasm there is for action to conserve our heritage," she said.

"The work of Laois Heritage Society on the Fort Protector Conservation Plan and Portlaoise Tidy Towns on Old St Peter’s Graveyard, all helped to access this new funding and we are really grateful for their support," Ms Casey added.

The 16th century Fort Protector is an army garrison, still mostly intact, near Portlaoise Main Street, much of it absorbed into later buildings. It was the first English garrison established in Ireland. Read more here.

It is already the subject of a popular summer festival in Portlaoise.

"Huge news for Portlaoise today as the town is one of just 7 selected nationally to receive funding under the Historic Towns Initiative.

"The project grew out of the recently published Laois County Council public realm strategy for Portlaoise and the ongoing Conservation Plan for the Fort, led by Laois Heritage Society," they said.

It was announced today Tuesday March 13 by Minister Josepha Madigan TD, and Michael Parsons, a Portlaoise resident who is Chair of the Heritage Council, and a member of Laois Heritage Society (below). 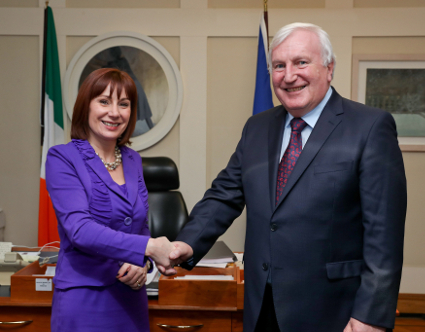 "It’s wonderful to be in a position to support such a range of projects in each province. The projects, taken together, give a flavour of the variety of heritage initiatives that can be undertaken to better present the historic narrative of our heritage townscapes. The Heritage Council is very grateful for the support of Minister Madigan, and I hope that the success of this year’s round of projects will inspire others to explore the heritage potential of their towns in future years.” said Mr Parsons.

“I would like to congratulate the seven successful towns that will benefit from the Historic Towns Initiative 2018, which is funded by my Department and operated by the Heritage Council. These towns have come through a tough competitive process where all of the applications were of a very high standard. This funding will support the seven towns in their programmes of heritage-led regeneration and help them to build on their cultural heritage to drive investment in regeneration and renewal in their town”

The other towns are Youghal in Cork, Kilmallock in Limerick, Ballinrobe in Mayo, Kells in Meath, Castlebayney in Monaghan and Carrick-on-Suir in Tipperary.