Portlaoise in mourning at the death of Cllr Jerry Lodge 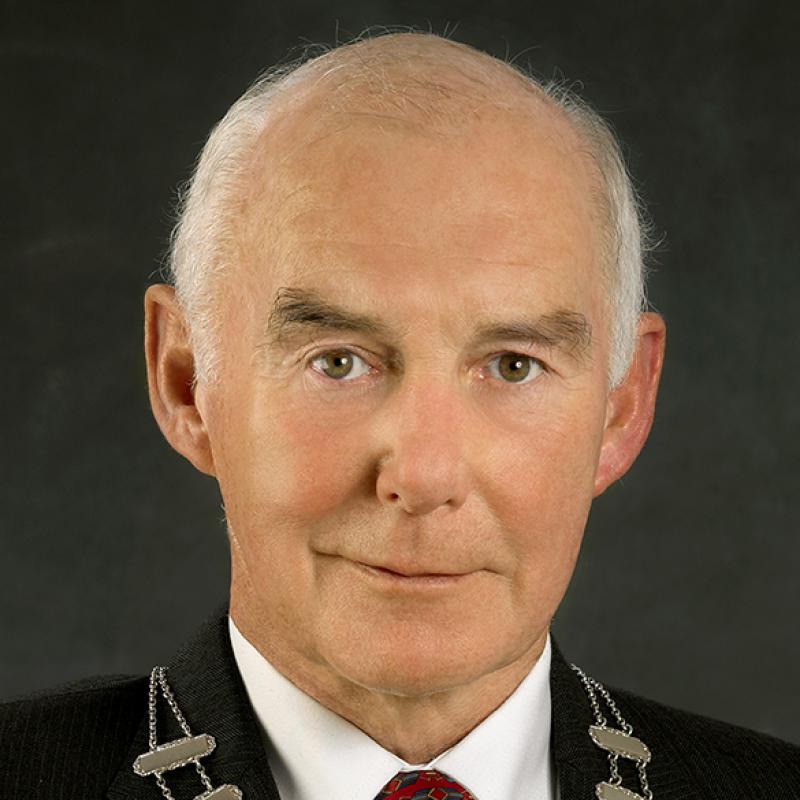 The community of Portlaoise and Laois is in mourning following the death of one of its best known and respected public representatives Cllr Jerry Lodge.

The Fianna Fáil Laois County Councillor for the Portlaoise Municipal District passed away, aged in his 70s, in a Dublin hospital on Tuesday evening, April 3 after a short illness.

Cllr Lodge served the people of Laois and Portlaoise for more than half a century. He celebrated his 50th year in politics in 2017 having first been elected to the Portlaoise Town Commission.

He was elected to Laois County Council in 1974 and went on to hold a dual town and county seats until 2014 when Portlaoise Town Council was abolished.

However, Cllr Lodge retained his seat on Laois County Council in 2014 representing the Portlaoise Municipal District.

During his time in local politics, he held the chairs of Portlaoise and Laois councils. Among the many key roles, he filled was as the Laois representative to Irish Public Bodies Insurance which he chaired for a time.

In recent years he argued continually for job creation in Laois demanding action from the IDA. He was to the fore among local politicians in the campaign for the retention of services at Portlaoise hospital.

Among the other roles he filled was as chairman of Laois VEC now the Laois Offaly Education and Training Board. He worked to develop third level education availability in Laois during his time as a member.

Cllr Lodge also contested four General Elections as a Fianna Fáil candidate in the Laois Offaly constituency between 1981 and 1987. Former Taoiseach Brian Cowen was his running mate in 1987.

That was the same year as current Minister for Justice Charlie Flanagan was first elected succeeding his father Oliver J Flanagan.

Apart from his political career, Cllr Lodge worked tirelessly for Portlaoise on many fronts most notably in the Tidy Towns.

He soldiered on many evenings sprucing up the town alongside his friend and Fine Gael councillor, the late Kathleen O'Brien for many years. He remained chairman until his death.

Cllr Lodge was educated in Portlaoise CBS, Carlow IT and Trinity College (M.Sc). He hailed from the New (Well) Road, Portlaoise but lived on the Ridge Road with his wife Patricia.

He is survived by his wife Patricia, sons Damian and Padraig. His eldest son Pauric is now a well known RTÉ sports commentator specialising in Gaelic Games.

A proud Portlaoise and Laois man, Cllr Lodge will be sadly missed by many.