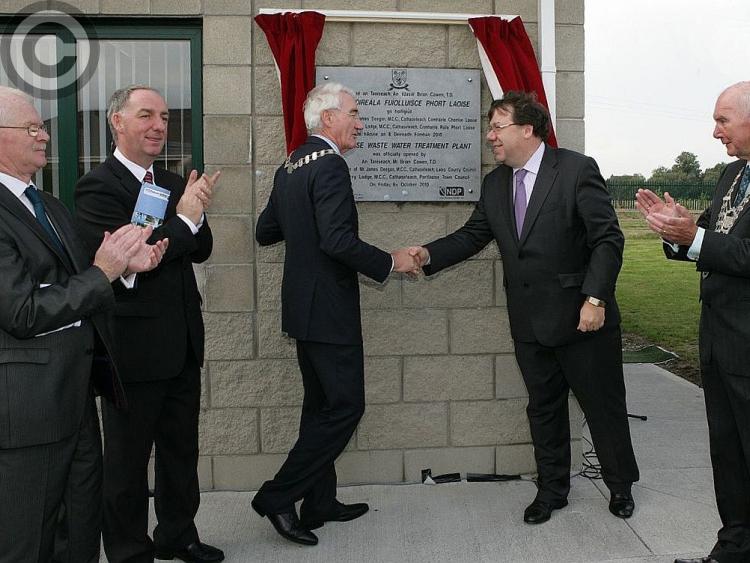 Cllr Jerry Lodge was Fianna Fáil's longest sitting public representative in Ireland on his passing and he was a gentleman for whom Portlaoise was a priority.

So said Laois FF TD Sean Fleming in a tribute to his former colleague on Laois County Council who died on Tuesday.

"It is with great sadness that I learned of the death of Jerry Lodge MCC after a short illness.

"My immediate thoughts are for Patricia, Damien, Pauric and the extended family.  They have lost a loved one and a person who was highly respected in his own community.

"On my own behalf and on behalf of the Fianna Fáil Party I want to extend my deepest sympathy to all who knew Jerry.  He was an elected Fianna Fáil Public Representative for over 50 years, which in itself speaks volumes about the man," said the TD.

Dep Fleming said his party acknowledged the years of service at its last Ard Fheis.

"He was the longest serving Fianna Fáil representative in the country and this achievement was honoured by our Party Leader Micheal Martin TD at our last Ard Fheis.

"Jerry had a tremendous interest in Portlaoise and his priorities were to improve the town, the Tidy Towns and education facilities locally.

"Everybody who knew Jerry said that he was a thorough gentleman. Jerry was a very kind and courteous person to everybody he met. Jerry will be sadly missed by all who knew him," concluded the TD.

PORTLAOISE IN MOURNING AT DEATH OF CLLR LODGE