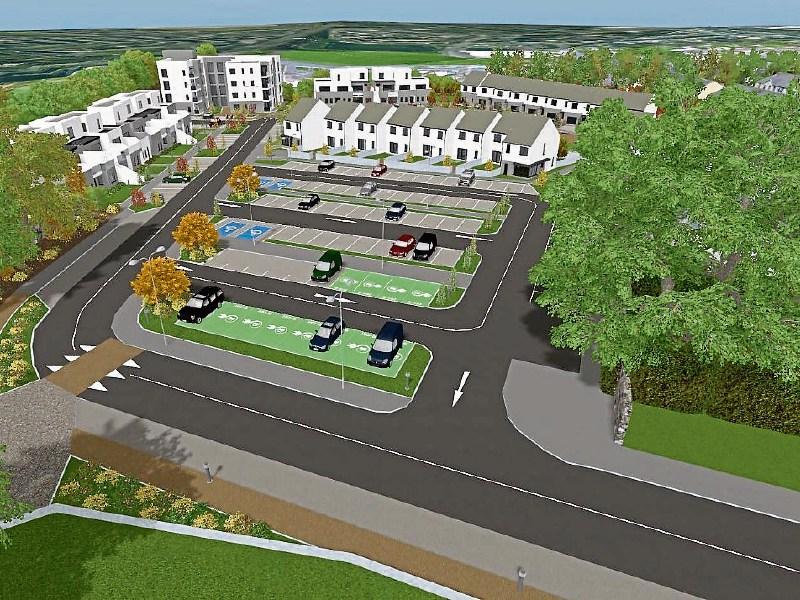 Residents in Portlaoise town centre are urging that a wall be built between them and a planned new social housing development.

Millbrook estate residents got in contact with Portlaoise Sinn Féin Cllr Caroline Dwane Stanley to request the wall instead of fencing between them and the upcoming Tower Hill 67 home Clúid development at the old CBS school site beside Portlaoise train station.

“We as councillors went through an online programme on Part 8 developments recently and that’s when this came up, that the boundary is not to be a wall. Residents are looking for a wall.

"If we learned anything from the past it’s that we’ve had enough shoddy developments with crappy fencing, that the council eventually had to replace. This is to have a clear see-through boundary, open access will bring problems. Before this project gets off the ground I ask that a proper boundary be put in place, deal with it now before it starts. This is a public development through Clúid,” Cllr Dwane Stanley said.

“I ask that it’s a capped wall, plastered both sides. I’m totally opposed to the concrete posts with drop in timber panels. And Riverview estate do not want a walkway. This was proposed through Millview, and I’m opposed as well.

“In Esker Gate the boundary fences are all falling down and that’s only a new estate. The part of it with a capped block wall is perfect. We have to learn from our mistakes,” Cllr Aird said.

In reply to the motion, Laois County Council said that there are two parts to the CBS boundary with Millbrook; concrete post and panel fencing added behind existing fencing, and an existing boundary wall backing three existing bungalows which will be retained.

The development will include a 94 space public carpark serving train commuters and visitors including 12 electric car charging points and four bike shelters.

The project on a 5 acre site was given planning approval in July 2020 and will be funded by a CALF low cost Government loan.