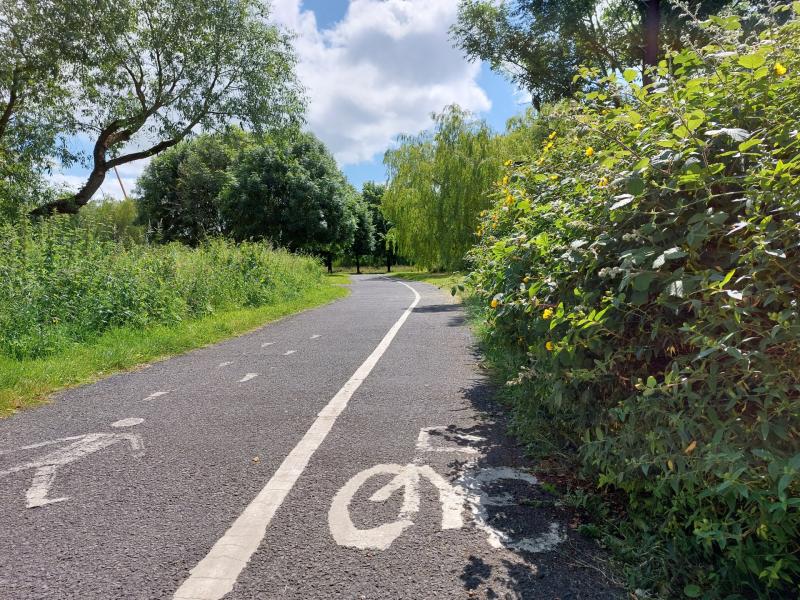 Just two roads in Portlaoise are undergoing a planning process to add more cycle lanes, but the town is years from being fully connected by safe cycle routes.

Local councillors have demanded faster action on roads throughout Portlaoise.

Fr Browne Avenue and Dublin Road Cycle Improvement Schemes are going through the Part 8 planning process, to be viewed by Laois County Councillors for approval next September.

Elsewhere in the town, which got funding to become Ireland's pilot Low Carbon Town, just one other cycling lane upgrade is in the plans.

The Triogue Way Phase 2 plan, from the Triogue Linear Park to the People's Park will take some time however due to the planning it requires.

It must be submitted to an Bord Pleanála for approval, because the application needs a Natura Impact Assessment to be approved as it will run alongside the town's small river.

Phase 1, a short section from the middle of the People's Park to Summerhill school campus, had opened earlier this year.

Cllr Thomasina Connell tabled a motion asking for an update at the June meeting of Portlaoise Municipal District.

"There is a lot of talk around cycling culture and active travel. Bike Week was a great success, but I want to know when will we have cycle lanes near us. Is there any plan we are putting forward apart from Fr Browne Avenue and Dublin Road?" she asked.

The Portlaoise Town Manager Simon Walton gave other details but all will take time.

"Schools are developing proposals for an active travel area in Beladd. There may be opportunities subject to planning to advance some proposals under Town and Village renewal schemes. We are in discussion with the HSE regarding cycling and walkways, there are other emerging proposals," he said.

"How hard are you battling to continue the road between the Stradbally and Dublin roads? It's fierce important, you really need it there, it's a pinch point. It is important that the Cathaoirleach of the council or Portlaoise be given an opportunity. we are listening to the people on the ground about traffic jams," he said.

Cllr Noel Tuohy said that "it is ridiculous that cycle lanes end on a corner", asking for a lane on Summerhill Lane.

"There are hundreds of kids going to Rathleague GAA grounds," he said.