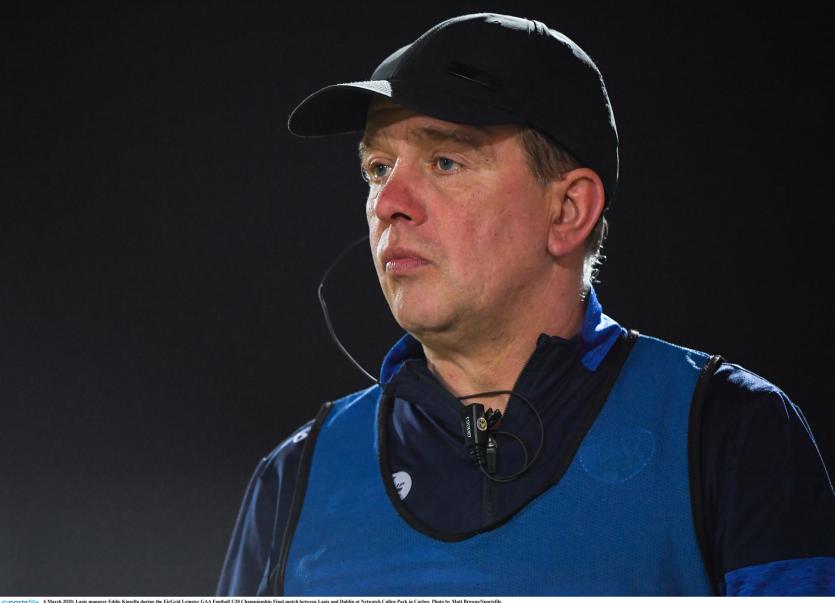 Laois under 20 football manager Eddie Kinsella has named his starting 15 to take on Wicklow in the Leinster championship opener tonight (Thursday) in Aughrim.

Laois are bidding to reach a third successive Leinster U20 final but they have it all to do in the opening round this year as they face a Wicklow side that made quite an impression two years at the minor grade.

They beat Dublin that year, knocking them out of the championship before going on to be defeated by Kildare after a replay in a Leinster semi final.

Laois got to a semi final themselves two years ago when the same group were minor but they lost to eventual champions, Meath.

The fact that it is away in Aughrim is another obstacle they will have to overcome and having to travel down there on a Sweltering hot Summer's evening is far from ideal.

Portlaoise man Damon Larkin Captains the side from centre forward while just two nights on from playing with the U20 hurlers, Ballyfin's Alan Connolly will start for the Laois men at centre back and fellow dual star Ciaran Byrne will line out at midfield.

Fionn Holland lined out at left wing back, two nights on from being an unused sub for the U20 hurlers

Rioghan Murphy is one of the leading lights up front along with Colin Dunne and Ross Bolger.

The game throws in at 7.30pm and the game can be watched live on the Wicklow GAA facebook page.

See the Laois GAA video of the team announcement below

U20 Football Manager Eddie Kinsella has announced his team to play Wicklow GAA this evening at 7.30pm in Aughrim.

Unfortunately with limited attendance the game can be viewed on the Wicklow GAA Facebook page only. pic.twitter.com/sRN2qImdjB