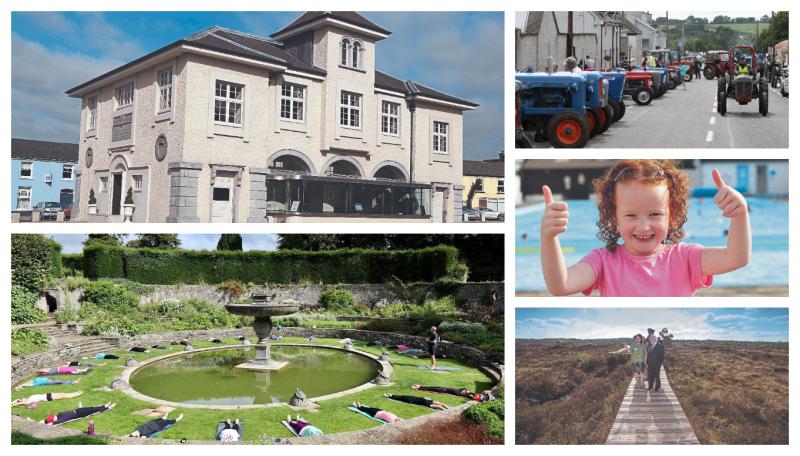 Laois County Council has congratulated two Laois towns that have been listed among the top 20 best places to live in Ireland.#

Abbeyleix and Ballinakill both made the exclusive list, chosen by the Irish Times this week.

Cllr Noel Tuohy from Portlaoise tabled a motion to the September meeting of Portlaoise Municipal District, inviting the council to send its congratulations, which now will formally be done.

"It is great to see Abbeyleix and Ballinakill named. I always said if I wasn't living in Portlaoise or Stradbally, it would be Abbeyleix. They are places to be proud of, not just for tourists to visit, but to live in," he said.

"I was in Ballinakill as chair of Laois County Council and the amount of effort going in by the community... I think Ballinakill is one of the best spots in Ireland. They are doing enormous work, and they have the natural amenities to go with it," she said.

"Ballinakill swimming pool is visited by so many people from Portlaoise," she said.

Cllr John Joe Fennelly from Abbeyleix noted that he recently met some 70 students from the local college doing art in Abbeyleix Bog.

"There is great community spirit there and all over the county, in Portlaoise for Tidy Towns. You only get that success when you get buy-in from the community and we have that in abundance in Abbeyleix. We're not getting our fair share of tourists, with Abbeyleix Bog, Heywood gardens, the Rock of Dunamase, we need to drive Laois as a tourist destination," he said.

Abbeyleix and Ballinakill chosen out of 470 entries in 32 counties