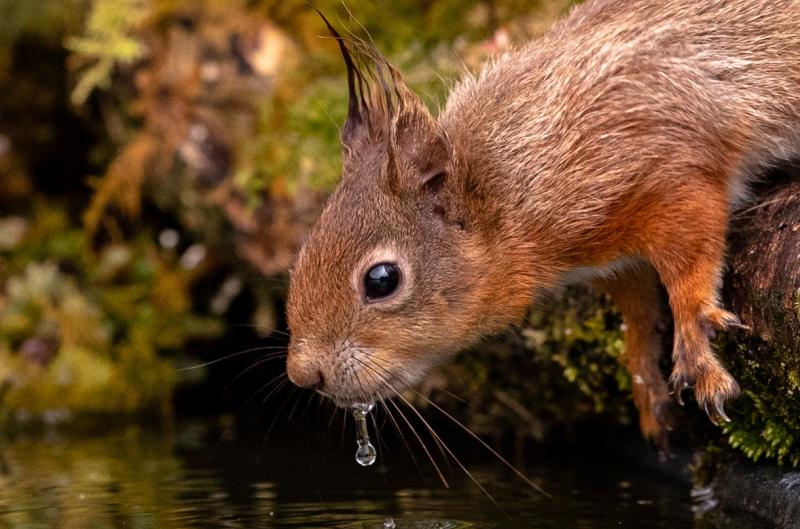 This beautiful photo (full image below) of a rare Irish native red squirrel was taken in Ballyfin in Laois, and has won the photographer a national award.

Daniel Heap who has taken photos all over the world, captured the image after hours of patient waiting, in a photographer's hide on the land of Ballyfin farmer Richard Duff.

Daniel told the Leinster Express all about it, while Richard has also told us about his hides.

"In mid May I visited Richard Duff’s fantastic Irish Photography Hides site in Ballyfin in Laois, to try and photograph the amazing wildlife that is in the area, with Red Squirrels, Pine Martens, Sparrowhawk and Cuckoo’s amongst the species that we hoped to see.

"A 3:30am depart from Dublin to travel down, in order to catch the cuckoo early morning yielded some sights of the Cuckoo, but on this occasion photo opportunities were rare. Around 8:30 we headed to the main hide to see what we could see, and as ever, the woodland area around the hide was alive with wildlife, with Jays, Chaffinches in abundance, and then, the stars began to show up, with the red squirrels becoming more and more active, foraging for food, and chasing each other around the treetops.

"I’d noticed that there were a number of places where the squirrels could drink, but this particular location had the light bouncing perfectly off it to capture the reflection. It was then a hope, and patience game, waiting for one of the squirrels to come and take a drink, and finally, this squirrel did so, and had those resplendent ear tufts. As he was drinking, I took a string of shots, but quickly noticed the droplets hitting the pond as the squirrel looked up for predators, and became obsessed with trying to capture that moment, and I was delighted with the outcome. There were many more photos over the day, and some beautiful photos, but this was my favourite.

He won the people's choice prize in the Irish Environmental Network's biodiversity photography competition, and his photo was splashed across the front of The Irish Times weekender. 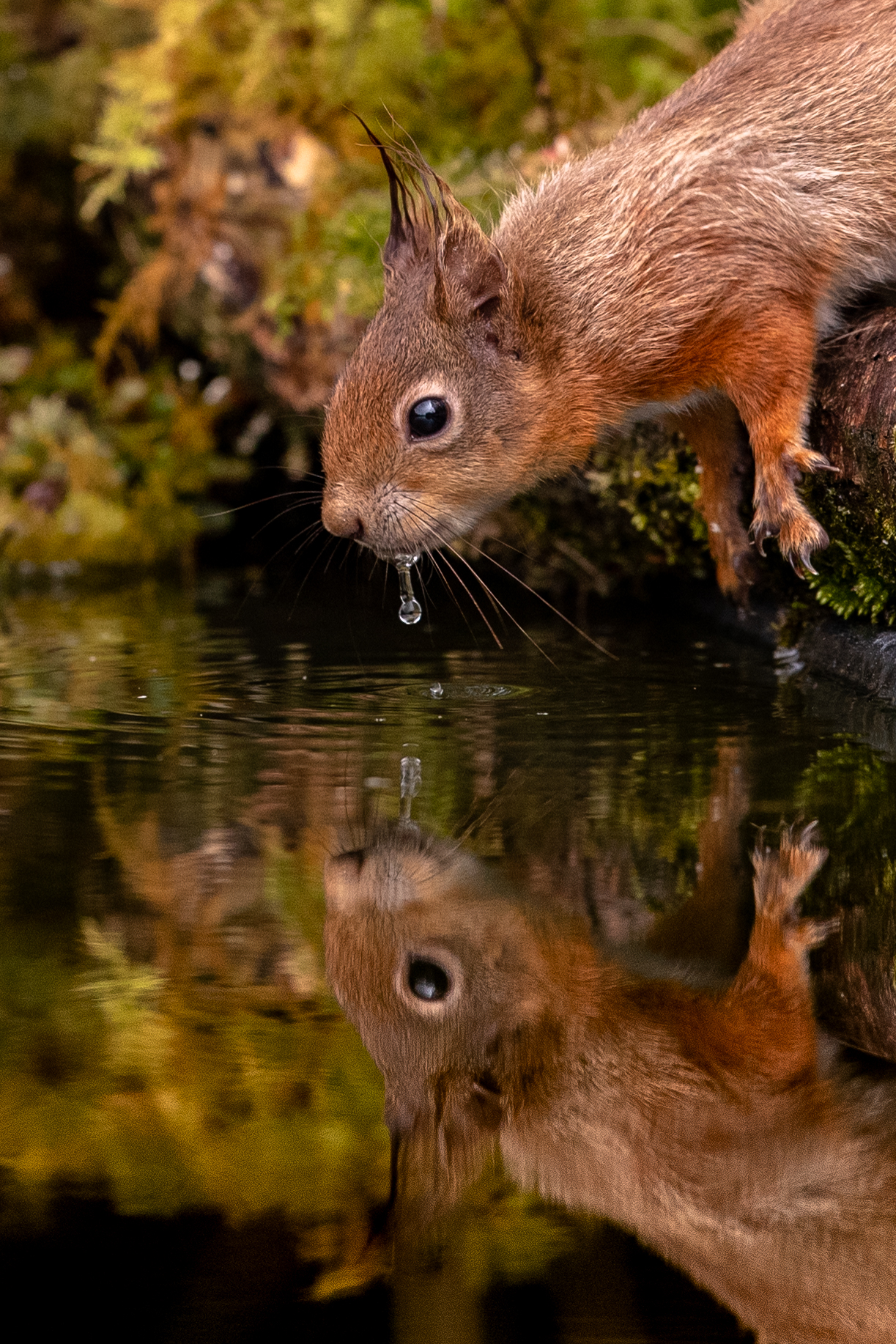 New green masterplan in the pipeline for Portarlington

"It was brilliant to win the people’s award in the biodiversity competition, there were some amazing photographs in the final 20, from some very fine wildlife photographers. I think that it’s amazing how a single water droplet transforms the impact that a photograph has, and the reaction to it, as awareness of it has grown has been mind blowing. I have had so many nice comments, so many messages from people talking about it. It’s great to see how it has raised the interest in wildlife.

"I also love visiting Richard’s site, every year he works hard to develop new settings at the woodland hide, and we visit a few times each year. Occasionally I have ran photography lessons in the hide for up and coming photographers. The varied wildlife, the ability to teach different techniques, and the amazing settings that Richard has helped to create, along with the friendly welcome and knowledge that he is willing to share, make it an incredible place to visit.

"Normally I would travel to take wildlife photos around the world and been fortunate to visit Svalbard to photograph Polar Bears, Kenya to photograph big cats and camped at minus 25 degrees in Dofrevjell National Park in Norway to photograph the amazing Musk Ox, but with lockdown I have really enjoyed photographing some of the fantastic wildlife available in Ireland, seeing Kingfishers raise their young, been on a rollercoaster with Little Grebes, observed Pine Martens and their young at Richard’s place in Laois and more recently fox cubs and Long Eared Owl chicks in Dublin.

"Wildlife is all around us, but it continues to need our help, and I watch on with admiration at the work that the Wildlife Rescue Ireland folks do with their time on only donations is amazing, and a vital service for the wildlife across Ireland," Daniel said.

Richard Duff has been a farmer in Ballyfin all his life, with a strong interest in wildlife.

"I have Ballyfin College on one side of me and Coillte forestry on the other. I've always been interested in wildlife, I let the hedges grow and i have two acres of wild bird cover, which is oats and linseed that I leave for the winter for them.

"The red squirrels came from the forestry, now the trees are felled they come in more to be fed so I put up feeders and nestboxes for them.

"I opened my first hide last year, in January 2020 just before the pandemic. It actually worked out well, people were cooped up and got a greater interest in nature, taking photos in their garden. When lockdown ended it got booked out very quickly. With social distancing it can only fit two instead of four people.

He is developing two more hides, and is delighted for Daniel.

"Congratulations to Daniel I am delighted for him, it's great to see someone getting an award winning photo from the hide. He has visited on a number of occasions.  I would regard Dan as a top class photographer and his eye for detail in a potential photo is amazing.  He thoroughly deserves to win awards for his top class photography. I would like to wish him all the best and I hope to see him back at Irish Photography Hides again in the not too distant future," Richard said.

Laois set to get national exposure aimed at staycations