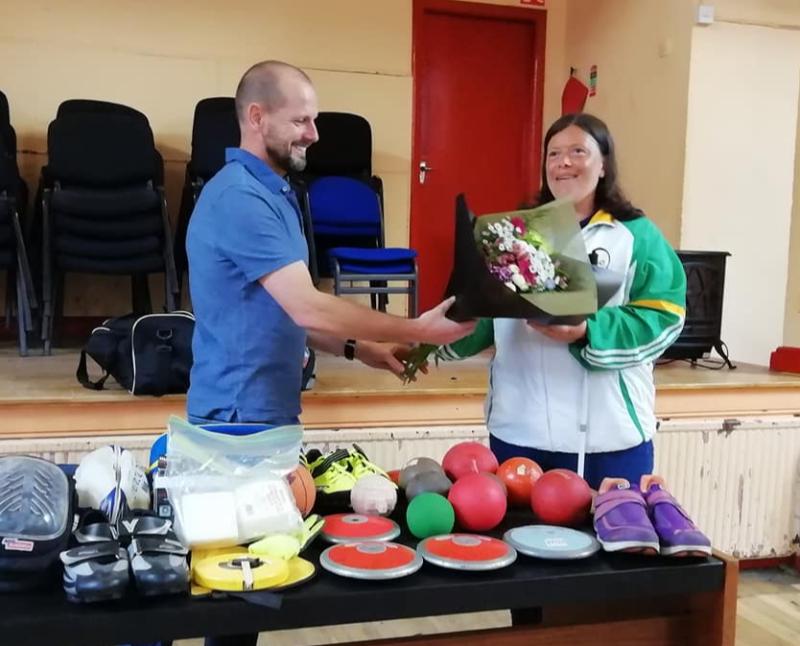 Laois Paralympian Ailish Dunne has made a generous donation that will help local athletes achieve the success she achieved following her retirement from competitive sports.

Ailish initially wanted to donate her equipment to Mountmellick Neighbourhood Watch for their annual sale on July 18 but the committee felt that it would be more beneficial to a local sports club.

The group contacted Noel Coss, who was involved formerly involved in Mountmellick Athletic club, which is not active at present.

Noel contacted Owen Connolly who is a level 2 qualified Athletics Ireland Coach. He trains the Laois underage endurance squad and said he was delighted to be offered the equipment.

“It'll be great to see young people from Laois benefitting from Ailish's donation,” he said.

Owen will train local clubs in the county in the disciplines of Discus and Shot Putt in the track and field areas of athletics.

Mountmellick Tidy Towns arranged for Ailish and Owen to meet up where she then presented Owen with the equipment.

“I’m delighted that the equipment will be of benefit to people in Laois,” said Ailish. MORE BELOW LINK.

Ailish she contracted vasculitis in her brain at age 18 and had an operation to relieve the pressure. However, she soon became unwell and suffered serious complications. She recovered but her vision did not return.

Irish Paralympian and Laois man Garrett Culliton, the disability officer with the Laois Sports Partnership, suggested she try athletics after Ailish lost her sight.  Initially, she tried tandem cycling, but opted for athletics. She took up shot put in 2008 at age 23.

She would go on to compete for Ireland at the London 2012 Paralympic Games in Discus and Shot Put. She thanks the people of her county for all the help given down the years. MORE BELOW PICTURE 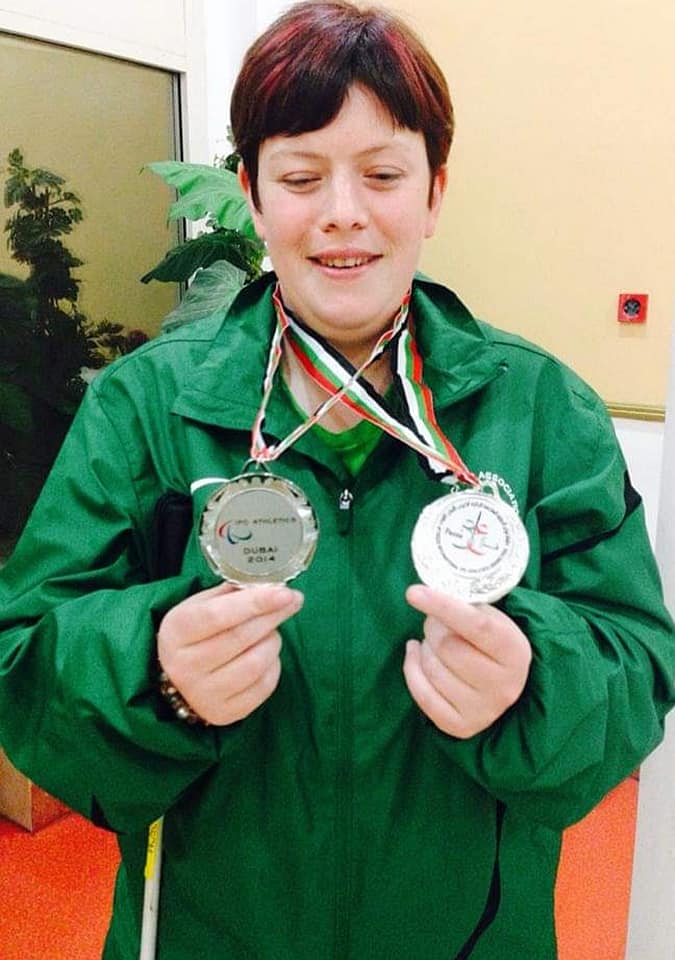 “Laois has helped me out so much since day one that I’m happy to be able to give back. When I first went blind and began playing sports, before I even went professional, Mountmellick ran so many fundraisers for me. They have always been there, and they have been so great.

“When I started cycling, the town got together and bought me a tandem bike. They’ve just always been there so I’m delighted to be able to give back,” she said.

She made special mention of one local supporter.

“I really want to thank my parents and Clare Dooley. Clare helped push the fundraisers and she kept everyone updated when I was in hospital, or even at the Olympics. She has been an amazing help,” she said.

“I have prolonging issues from it with my tendons, the treatment is steroids, and you can’t compete with steroids in your system. The doctors also believe that if I were to continue with shot putt, I would do more damage,” she explained.

The Paralympian wishes all the best to Owen Connolly and those who will use the equipment.

Work in pipeline for river flooding pinch points near Mountmellick