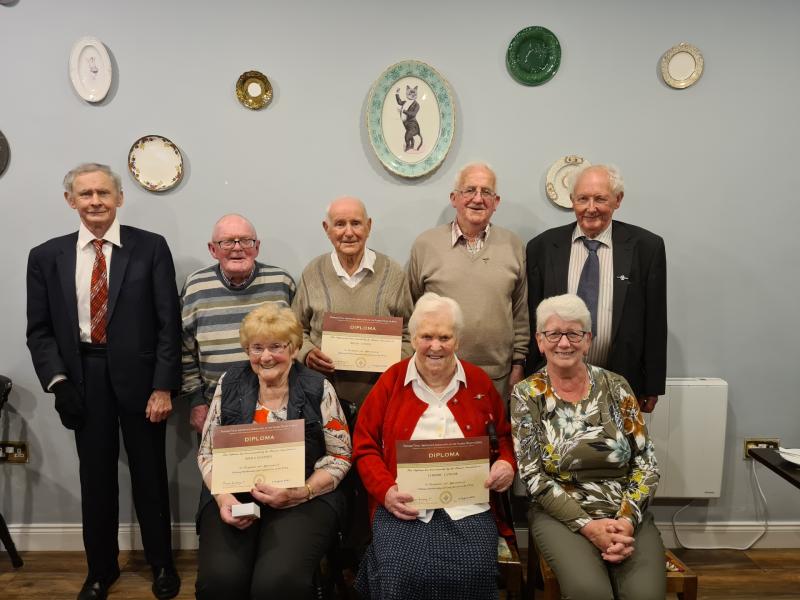 Six Laois people who have achieved lifelong commitment to abstaining from alcohol were honoured at a special dinner recently in their hometown.

Chairman John Dowling praised the contribution by the “exemplary members” of the association.

“This is an acknowledgement for what you have done in keeping the centre alive and active over the last 100 years and long may it continue.

“Less than two years ago our secretary Sheila Kearney told us she was retiring but is still working very hard on our behalf for which I thank her very much.

“Myself and Michael Fitzpatrick wanted to do something for Sheila after giving us something like 60 to 65 years of service, to acknowledge this. Then I said what about Chrissie Lawlor our longest living pioneer who did so much for the centre over the years and supported us in every way possible. We are acknowledging her services also.

“We could not ask Sheila and Chrissie without asking Leon and Esther de Barra. Leon is vice chairman and joint treasurer of our Council, for which I commend him. He has worked tirelessly at promoting sobriety and temperance over a long number of years. He had great input to the association and the centenary book.

"John Cussen was co-opted on April 7 1949 along with Murt Keegan from Acragar and Austin Lynch from the square. John has given his whole life to the PTAA. He was very involved with the Pioneer Drama Group for many years and his late wife Kathleen after each drama festival would donate a sum of money to our centre which we were very grateful for.

“Brian Lynch made Mountmellick PTAA’s first banner, carried in Knock Shrine in 1954, 1974 and 1979. He is a long time member and has supported all the raffles and draws and continues to buy the magazine.

“Anywhere I met Bill Lawlor over the years he was always wearing his pin. He was a great musician and played in numerous bands. He said that by wearing your Pioneer Pin you were leading by example. All of these people practiced sobriety and temperance all the days of their lives,” John Dowling said.

The three main obligations of membership of the PTAA are to abstain from alcohol, say the Heroic Offering morning and night, and wear the pioneer pin publicly at all times. Their duties are to give good example, practice self denial, make reparation for the sins of intemperance, and abstain for life for the conversion of excessive drinkers.

Below: Fr Murphy presenting Leon de Barra with his diploma and medal. 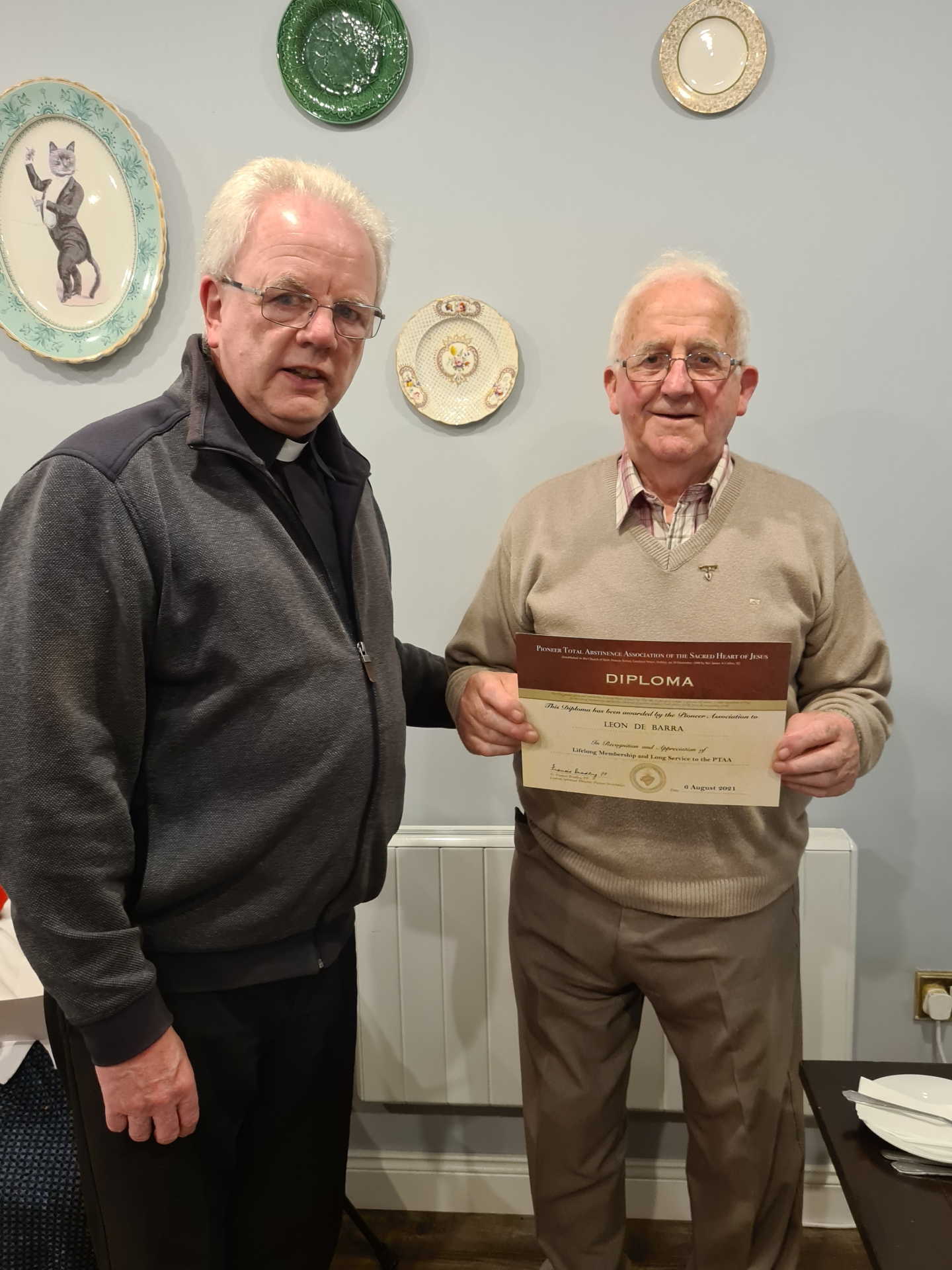 Portlaoise and Portarlington councillors to sit on Laois leisure centre board