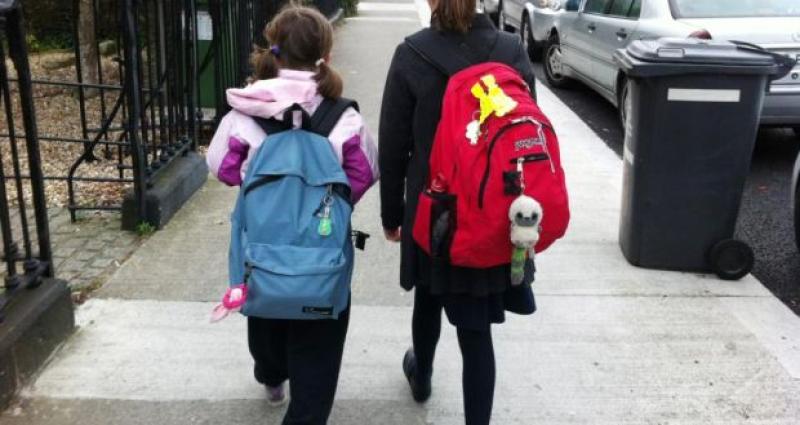 Heavy trucks will drive on the N80 road with a cluster of Portlaoise schools for some 3,000 children, if nothing is done, warns a local councillor.

A sixth new school for 1,000 pupils will be added to the Portlaoise Southern Circular Route in the coming years, namely Dunamase College.

Together with the Holy Family Junior and Senior Schools, Gaelscoil Phortlaoise, Maryborough NS and Portlaoise Educate Together, it will be sited on the N80 road linking Stradbally Road and Portlaoise Retail Park.

Cllr Willie Aird has urged Laois County Council to get funding from Transport Infrastructure Ireland to help divert passing trucks away from this road, onto a new route declared a public route this week.

Speaking at the October council meeting when the new road built by the council through Togher was officially made a public route, he expressed his concerns.

"I honestly believe the TII should be giving some contribution to Laois County Council for this road you have built. Most of the traffic from the West to Rosslare port will be going through it instead of past schools on the Stradbally road.

"It will take lorries off the school road. A 1,000 pupil new school is coming there. That will mean 3,000 kids converging on the road, we need to take the heavy goods vehicles off it. this is a golden opportunity. Everyone is saying how lovely (the new road) is with paths and streetlights, we have to get a grant for it. I hope we get a lot of signage to get the HGVs to use it rather than go through the town," he said.

The new road links Junction 17 of the M7 motorway with Portlaoise through Clonminham Industrial Estate, starting at the roundabout beside the new Supermac's facility.  It is part of a new road network through the council's J17 National Enterprise Park.

Cllr Aird proposed that it be declared a public road, with Cllr Catherine Fitzgerald seconding.

The council estimates that it will cost €8,480 per year to maintain the new road and its streetlights and services.