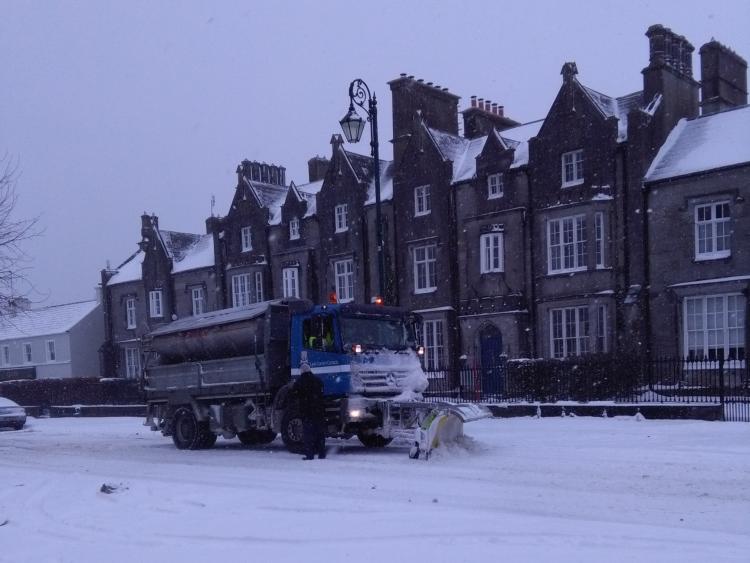 Saturday morning in Laois has seen little change in the levels of snow across the county.

However there is slight improvement on the road conditions, but only for national roads.

Laois Gardaí say there was not much extra snow up to 4.30am.

"We expect all National roads of the county will be drivable with caution," a spokesperson said.

They have issued the following update this morning at 10.30am.

During last night, Gardaí drove the M7 Motorway through Laois to investigate its condition, and at that time, had the following to report.

"Snowing in Portlaoise for the last two hours. Driving conditions very poor, with heavy snow accumulation on the motorway".

The Gardaí said that the N80 between Portlaoise and Stradbally was similarly poor, with "a lot of snow on the roadway".

Fears of flood when snow melts