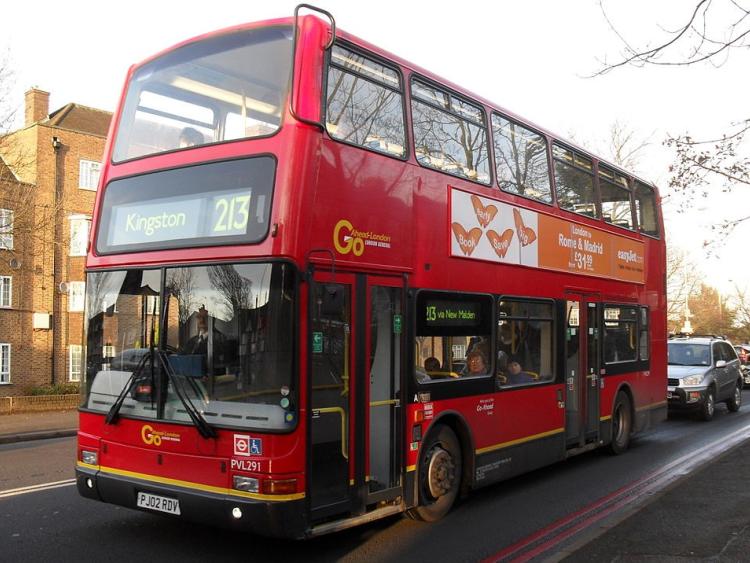 The new service on the existing bus routes will link Dublin city centre to commuter towns in Laois, Offaly, Kildare and Meath and the services is to come into operation at the end of this year or early next year.

The National Transport Authority (NTA) has announced GoAhead as the operators of six bus routes from Dublin to Kildare, Laois, Offaly and Meath commuter towns.

The routes to be operated under this contract are 120, 120C, 123, 124, 126, 130. There are 10 coaches already in service in the area which will remain on these routes plus a total of 23 new vehicles will be purchased by NTA for deployment on these routes. This includes 13 double-deck-coaches and 12 single-deck regional buses. 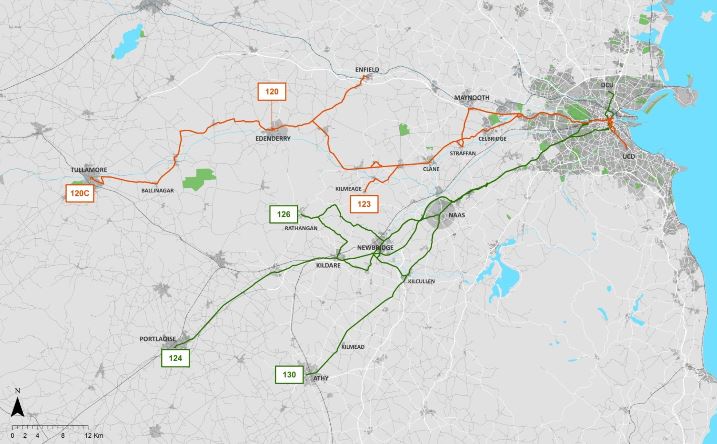 The-Go Ahead Group has been chosen as the new service provider over four other companies.

National Transport Authority CEO Anne Graham said that around 70 Bus Éireann bus drivers would be affected but said that redundancies were not expected as the market is growing.

GoAhead run buses in London and set up in Dublin in Autumn 2018. It is part of The Go-Ahead Group, a global transport provider of bus and rail.

All the newly-purchased vehicles buses will have a wheelchair space and a buggy space, plus a motorised ramp at the entrance door to allow wheelchairs to board easily. USB chargers will be installed at every seat and WIFI will be available throughout.

The six new routes will mean an additional 11% vehicle kilometres for the GoAhead routes and the level of service across the routes is set to improve.

The vehicles are powered by the latest Euro VI diesel engine, which are much cleaner in use than older diesel engines.

Anne Graham is the Chief Executive Officer of the National Transport Authority.

“We believe that bringing in a new operator into the market will bring a fresh dimension to the sector.

“It has also been the experience internationally that introducing some level of competitive tendering into PSO operations like this, usually results in a much better deal for passengers and for the public in general.

“So bus customers along the Kildare corridor will be getting more services, all with a higher level of customer experience.

"During the course of the contract, as more people take to the bus, it would be our intention to further increase frequency and improve the offering across the board," she said.

Ms Graham did not reveal the amount of the Go-Ahead bid, however, she said the contract had been awarded on criteria of 65% of points for price, and 35% for quality.

Tickets for Electric Picnic 2018 have sold out a day after line-up announced.