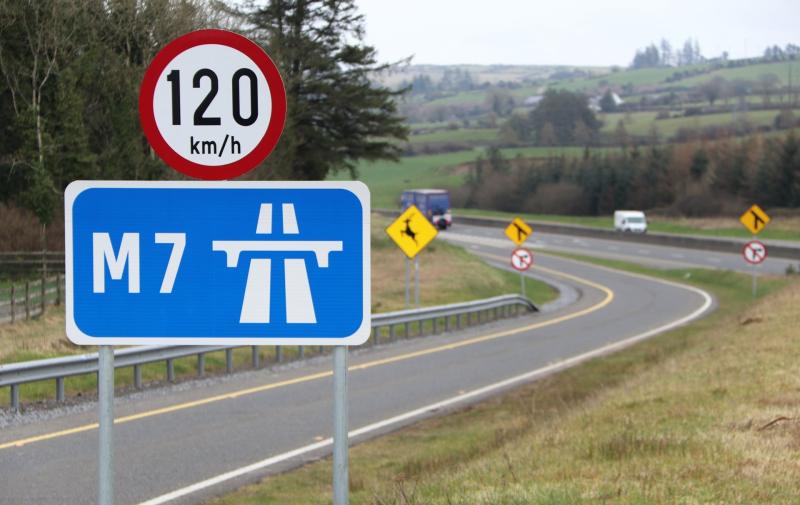 Motorway lights at junctions in Laois have been switched off, and councillors are worried that it will cause crashes.

Cllr PJ Kelly wants Transport Infrastructure Ireland to switch back on the lights.

"The lights haven't been on for a long time. It's brighter now but during the winter it's amazing how dark the motorway is. I've seen people making mistakes, coming down the exit road.

"It's like putting up a lovely big Christmas tree in your garden and you don't turn it on," he said.

He tabled a motion to the May meeting of Laois County Council, asking the council to ask the TII to turn back on lights on the entry and exit roads to the M7 and the M8 motorways in Laois.

"I had raised this as well. I had elderly people contact me, people were coming from the airport at night taking the road off the motorway, and the roundabout is on top of you before you can see where you are going. It's dangerous, an accident waiting to happen. They are turned off for two years or more. They need to be on at night before someone has an accident," she said.

Cllr Padraig Fleming wants a TII representative to come to Laois in June or July to hear out a multitude of problems.

"We asked to meet them early this year and a lot of issues came up since. We'd want them for a day. All are about road safety, safety for people," he said.

Director of Services Simon Walton said there had been an online meeting, but said he will seek clarity about the motorway lights.

"Road safety would have dictated the provision of llighting. In the interim I think they have reviewed junctions where traffic volume is below a threshold and turned off the lights, but we'll ask them the question. It may be in respect of reducing the energy footprint. All our lights are on, we haven't turned off ours," Mr Walton said.

Request made for Bike to Work discount by Laois County Councillor

Cllr Thomasina Connell said that she received an explanation from the TII last January. She read it out that the TII turned off a section of lights to cut energy usage, and found "no adverse effects" after a year so they turned off more including junctions to Portlaoise.

"It's unacceptable," she said.

"They are off at the Emo junction too, it's a very busy junction. The mind boggles as to why lights can be turned off," he said.