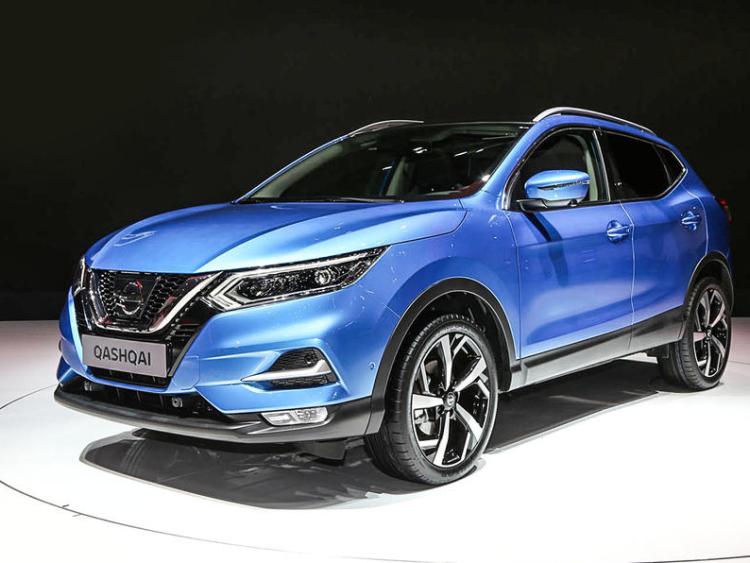 While the facelifted Nissan Qashqai was been revealed at the Geneva motor show, you'll have a chance to test drive the new model for yourself at an upcoming event at Downey's Nissan in Portlaoise.

The new range-topping trim features a more aggressive front end design and semi-autonomous technology to refresh the big-selling crossover in the face of new competition.

The upgraded model will be one of the first mainstream SUV adopters for semi-autonomous technology and will able to steer, accelerate and brake in a single lane on the motorway.

"The experience we are delivering to customers inside the cars will be calming and quieter," says Nissan's vice president of product planning for Europe Ponz Pandikuthira. "It is the technology that makes the Qashqai the game changing car."

The Qashqai has been a global sales sensation for Nissan since its launch in 2006, kick-starting a crossover boom which continues to sweep across the automotive industry.

However, in recent years the Qashqai has faced growing competition from a number of other manufacturers. Cars like the Seat Ateca, Volkswagen Tiguan and Kia Sportage are providing tough rivalry, so this facelift is Nissan’s chance to reassert its dominance in the segment.

Upgrades to the interior of the facelifted Qashqai include a new-look infotainment system and a new steering wheel with updated multi-function controls.

An updated options list now includes a seven-speaker sound system, while new Tekna+ trim tops the range aimed at the growing market of premium buyers. Tekna+ gets new alloys, Nappa leather seats and more luxurious materials around the centre controls, and it will push the Qashqai into rivalry with premium crossovers like the BMW X1 and Audi Q3.

There’s also upgrades to the safety equipment available on the Qashqai. The automatic emergency braking now gets pedestrian detection, while there’s a rear cross traffic alert to help while reversing.

The sales staff at the Laois showroom are looking forward to seeing you there.