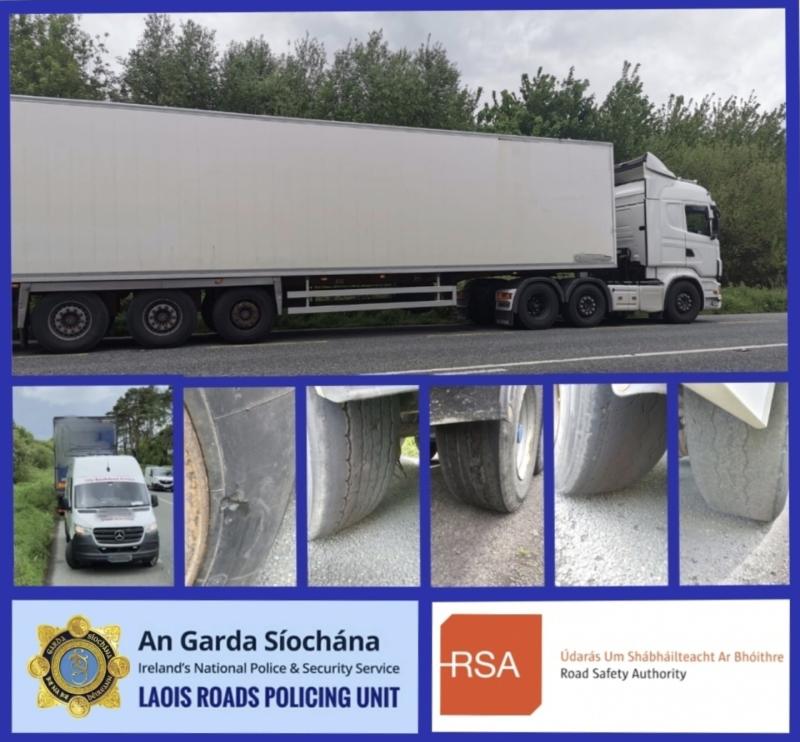 Gardai discovered a number of issues while checking vehicles at a multiagency checkpoints in Laois yesterday.

Laois Roads Policing Unit conducted two multi-agency checkpoints with members of the Road Safety Authority(RSA) and officials from the Department of Social Protection.

The RSA detected one heavy goods vehicle which had manipulation software installed on its tachograph. Among other things, the tachograph is designed to measure the number of hours driven as only a limited number of hours are legally permissible. A court prosecution has commenced in relation to the matter.

Separately a number of fixed charge notices were issued in respect of defective tyres. Gardai said the offending vehicles were only permitted to proceed once the defective tyres had been replaced.