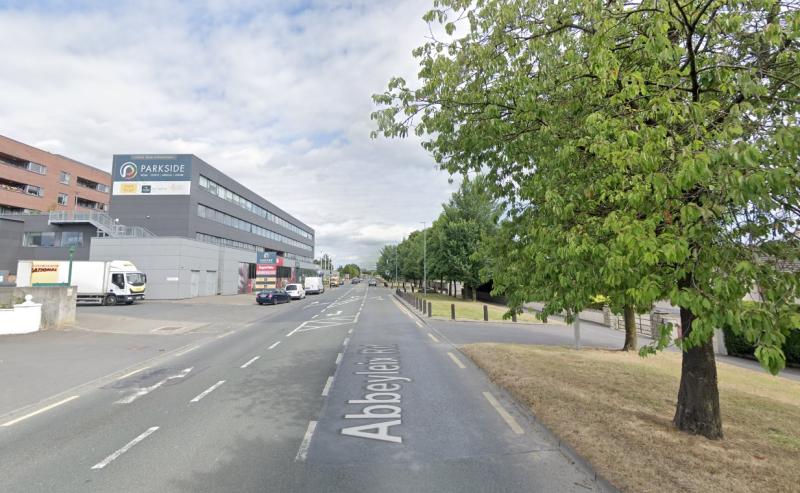 The N77 Abbeyleix road in Portlaoise, Laois to get upgrade but Togher and Meelick roads excluded

Two roads in Portlaoise popular with walkers will not be part of the €2.5 million N77 upgrade, despite requests by locals.

Residents had asked Laois County Council to improve pedestrian safety on the Togher road and Meelick Road, but have been turned down.

The submissions were made to Laois County Council’s plan to upgrade the N77 Abbeyleix Road from the motorway up to James Fintan Lalor Avenue.

However the side roads will not get any works, because the upgrade is funded by Transport Infrastructure Ireland, who only do national routes. The council said it will however plan work on the roads in the longer term.

The problems were described by Resident Onray Brainard.

“If the council is serious about greener walking cycling routes, make a safe green loop along the Timahoe road. The dangerous vehicle speeds, often exceeding 80kph make it risky during busy periods for vehicles pulling out to join the N77 back into town. With the addition of the working farm entrance at Tougher and tractors, HGVs and commercial vehicles using Meelick perhaps a mini roundabout would prove useful. Alternatively a proper pedestrian crossing may help calm the traffic,” they suggest.

He suggests widening the footpath on the Meelick Road, describing it as “very precarious for walking and cycling”, and too narrow for “wobbly small kids on bikes”.

“While vehicles are protected by a crash barrier, pedestrians are left very exposed and vulnerable, too close for comfort to vehicles thundering past at silly and unnecessary speed”.

He said that adding a steel barrier and a lower 60kpm limit would be much safer for employees walking and cycling to work in the two service stations and the Midway.

“This road suffers from the same issues of vehicles driving at excessive speeds, non-existent footpaths, cycle lanes, pedestrian crossings and very little street lighting, and is used by a volume of traffic including large numbers of HGVs, for which it is completely unsuited due to its narrow width and residential use.

“I am also slightly concerned that the laudable aim to reduce speeds on the N77 will frustrate some drivers so much that they will turn onto the Meelick road instead, where they candrive at whatever excessive speeds they wish unfettered by speed bumps, pedestrian crossings or any consideration for the safety or comfort of pedestrians, cyclists or residents. Please consider including the Meelick Road in this rehabilitation or in some future scheme,” she said.

In response, the council said that the N77 enhancement scheme is funded by TII who are only responsible for national roads.

“The Tougher Woods connection is being advanced. It will require separate consents,” they said.

“A road safety impact assessment and design report will be prepared by the end of 2022 identfying specific, appropriate measures to address the traffic safety and management issues arising on Meelick Road,” they said.

The council’s plan for the Abbeyleix N77 road, approved in May, will make it narrower in places, to slow traffic to a safer speed for pedestrians and cyclists.

Paths and cycle lanes will be added to both sides, with new controlled pedestrian crossings while hard shoulders removed.

Right hand turning lanes into the golf club and Cherrygarth will be removed so that the traffic has to stop to turn, again with the aim of slowing it down, making the road narrower and therefore easier for pedestrians to cross.

Lighting will be upgraded along with drainage and landscaping, with new bus stops added. The road will also be resurfaced.

Laois County Council’s Director of Services for roads Simon Walton explained why it is being done.

“The TII identified the road as a high collision location, associated with prevailing speed. This will enhance facilities for pedestrians, cyclists and vulnerable road users, to make the road a lower speed environment, and maybe encourage traffic to divert to the recent new alternative routes, so that it is a residential approach road rather than a national one. The speed limit stays as it is,” he said.

The €2.5m estimated cost is likely to rise with the increasing cost of materials.

“The pre-tender estimate for the Scheme is approximately €2.5 million ex VAT. The tender assessment will be complete by the end of the year and, assuming ongoing TII support, the Scheme will progress to construction as soon as possible after completion of the tender process, hopefully early in 2023,” Mr Walton said.