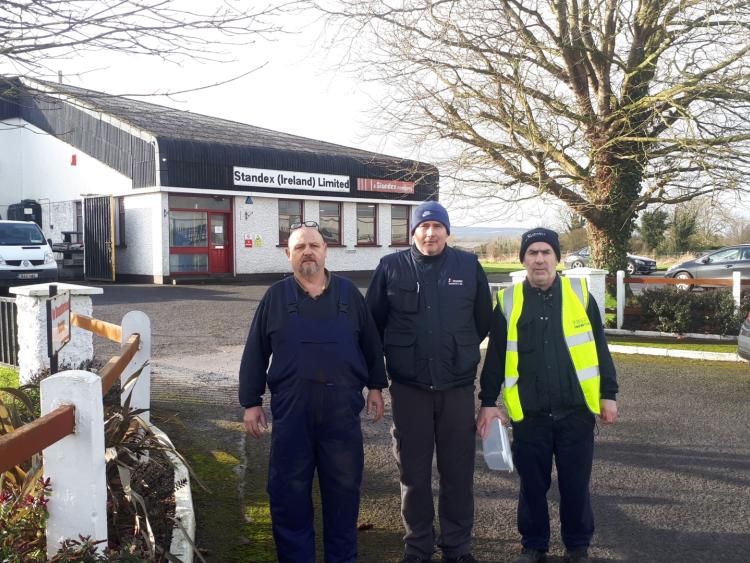 Some of the workers losing their jobs at the Standex plant in Acragar Mountmellick.

The closure of a long standing factory in Mountmellick, Laois with the loss of 26 jobs is "a disaster" says Sinn Fein TD Brian Stanley.

“The closure of the Standex factory is a disaster for the town of Mountmellick. For the workers in the factory, some of whom have been there over 3 decades, this is a huge blow. The impact will be severely felt in the area as there are few opportunities in alternative employment in the area," he said.

The factory is one of two run by Standex Ireland Ltd in the town. The announcement was made to shocked workers yesterday morning January 29. The jobs are understood to be phased out within a year. A consultation period has started between the SIPTU union and management of the factory, which is owned by a US company.

"What this underlines is the urgent need for new industries to be located in what is the second largest town in the county. The IDA and Enterprise Ireland need to up their game in terms of attracting and supporting new industries in the area," Dep Stanley said on Thursday January 30.

"For my part if re-elected as a TD I will be raising this issue in the Dáil with the incoming Minister for Employment and I will also be seeking an early meeting with both the IDA and Enterprise Ireland. Mountmellick has seen a succession of job losses over the last 3 decades and it is time to reverse this trend," he said.