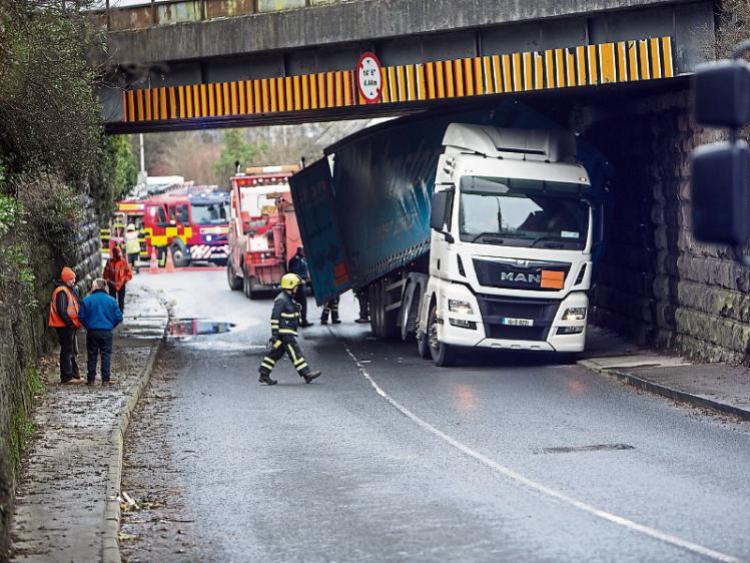 Traffic has cleared after being disrupted earlier in Portlaoise when a truck hit a railway bridge.

The truck was jammed under the railway railway bridge on the Ridge Road near the Portlaoise Leisure Centre and the Esker Hills. Witnesses said the articulated lorry was travelling into Portlaoise when the incident happened on Wednesday evening December 6.

The road is used an alternative route to the N80 national route to Mountmellick, Tullamore and beyond.

Irish Rail wants to use infra-red technology to help prevent bridge hits that can hold up traffic and disrupt train commuters in Laois and many other counties.

At the time it said there were multiple hits every year. It advertised in October for companies to submit tenders to supply infra-red systems to prevent such hits.