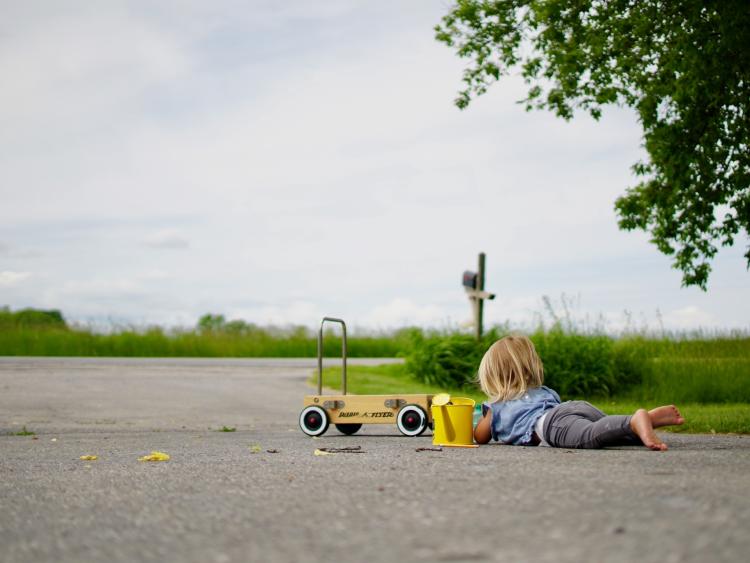 Photo by Collin Guernsey from Pexels

Parents are fearful of their children's safety from traffic in Laois housing estates.

More Children at Play signs have been requested by local representatives to make drivers aware, but speed ramps are a must one councillor says.

Portlaoise Cllr Noel Tuohy says that Laois County Council should provide such signs when requested, to housing estates across the county.

“It’s a request I get, sometimes from individuals. It’s a fear for young couples moving into a new estate with two or three kids. It gives them a bit of solace,” he said.

He tabled a motion to the June council meeting, seconded by Cllr Caroline Dwane Stanley.

“It’s important to point out that some of our estates are absolutely massive. We are only allowed to put one sign up at the entrance. In the case of big estates we should be allowed to look for extra signs,” she said.

The reply from roads engineer Farhan Nasiem is that all estates now have ‘Slow Zone’ signs and 30km/h speed signs, since a national programme began in 2016.

Laois Director Simon Walton added that they have to follow guidance issued in 2016, but if there are gaps they will be filled. He added that developers of new estates now must install such signs throughout estates as part of planning conditions.

“In a lot of cases these signs are ignored. Ramps are an essential in a lot of older estates as part of slowing down traffic. A sign is a sign and that’s it. It’s a huge issue where there’s a lot of houses and I think we should have a programme in place.

He also wants ramps to be retrofitted into older housing estates.

“There’s no suggestion that these signs are going to stop people being knocked down but they are a little help. When you see a child on a poster it does make you slow down,” Cllr Tuohy agreed.

Rise of unregulated electric scooters in Laois is 'absolutely crazy'